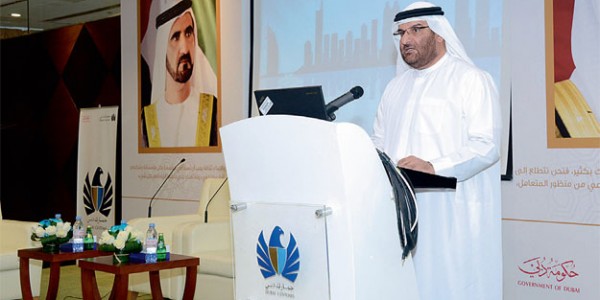 Suggestion system boosts government services Staff Reporter (news@khaleejtimes.com) / 10 June 2013 Secretary-General of the Dubai Executive Council Abdulla Al Shaibani has emphasised the importance of the Unified Suggestion System to both customers and employees of the Dubai Government and added that it has boosted creativity. ‘‘Following the directives of Shaikh Hamdan bin Mohammed bin Rashid Al Maktoum, Crown Prince of Dubai and Chairman of the executive council, and in line with his constant drive to fulfill the vision of His Highness Shaikh Mohammed bin Rashid Al Maktoum, Vice-President and Prime Minister of the UAE and Ruler of Dubai, of a future that doesn’t set boundaries on ambitions, a team from the General Secretariat of the executive council developed the suggestions system to contribute in creating the positive transformation we all aspire to in order to maintain Dubai’s prestigious position and continuously advance government services by catering to customers”, he said in his speech at the forum titled ‘Dubai: The Model Centre and Dubai e-Government’. Till now, 26 government departments, agencies and organisations have joined the Unified Suggestion System for Employees and Customers, with 29,100 suggestions received so far. An integrated administrative system developed in coordination with a number of government authorities and in cooperation with the Dubai e-Government team for the technical aspect, the system provides a unified framework and a documented standard methodology for handling suggestions effectively, he added. Executive Chairman of Ports, Customs and Free Zone Corporation and Director-General of Dubai Customs Ahmed Butti Ahmed said: “The crucial factor that determines the ability to utilise suggestions is the readiness of government departments and agencies …away from traditional thinking and routines”. He said the experience at Dubai Customs has proved that employees and customers’ suggestions can actively contribute to services improvement, noting an increase in the number of suggestions from 203 in 2004 to 2,566 suggestions in 2012.   Taylor Scott International