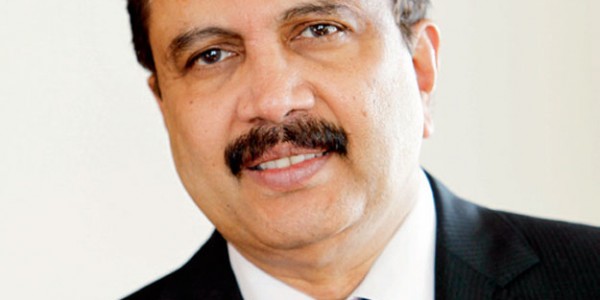 Dubai doctor’s bid to solve Kerala’s water problem T K Devasia (news@khaleejtimes.com) / 10 June 2013 The acute drinking water crisis faced by the South Indian state of Kerala during summer this year came as a surprise to many. It is surprising because Kerala, with 50,000 million cubic metres of fresh water in 44 rivulets, 19 lakes, more than 900 ponds, and 300cm rainfall for 120 days in a year in normal conditions, is considered as the wettest state in the country. While most people have been indulging in a blame game, the paradox has spurred a Non-resident Keralite (NRK) based in Dubai into action. Dr Azad Moopen, who heads the DM Healthcare — a leading healthcare conglomerate in the Middle East — is trying to show how the natural gift can be preserved. He believes that the current water shortage can easily be solved even if a small section of the population preserves the rain water that goes into the Arabian Sea due to the peculiar slanting topography of the state. Moopen has decided to test it out in his home village of Kalpakanchery, where the wells and ponds dry by January every year. The people in the village have been sourcing water from far off places in tankers paying Rs600 for 2,000 litres. He looked for a solution that can easily be adapted by the people. Moopen didn’t have to go far. He could find a cheaper indigenous rain harvesting device in the village itself. Developed by Perumalparampil Jaleel, the device seeks to harvest rain water from roof tops. Under the system, rain water from the roof is sourced to a plastic drum through PVC pipes. The plastic drum acts as a filter as it is filled with pure river sand, charcoal and baby metal. There is also a nylon net placed on the top of all these so that leaves and other similar particles are prevented from going inside. After filtering, the harvested rain water is driven to the well through another PVC pipe. In most cases, the water stored in the well is enough to meet the dry season demand. Moopen Institute for Local Empowerment (Miles), an initiate launched by Moopen to strengthen the villages, has launched a campaign to propagate the device with the help of Central Ground Water Board. They explained the conservation measures through a two-day workshop. This was followed by meetings at the ward level. Miles also got devices for rain harvesting with the help of Centre for Water Resources Development and Management (CWRDM), Calicut. Irfan Habib, coordinator of the programme, said the efforts evoked massive response from the villagers, who are now queuing up to install the device in their homes. He told Khaleej Times that four to five well recharging filters were being installed on a daily basis now. A group of plumbers are racing against time to install the filters in a maximum number of houses before the monsoon advances. Miles plans to install the rainwater harvesting filter in at least 500 houses at Kalpakancherry, which they hope would bring a permanent solution to the drinking water crisis plaguing the village for more than a decade now. Experts believe that Kerala may not need piped water at all if it taps the wells available in the state. The state has as many as seven million wells as against 7.6 million ‘occupied houses’, according to CWRDM.   Taylor Scott International