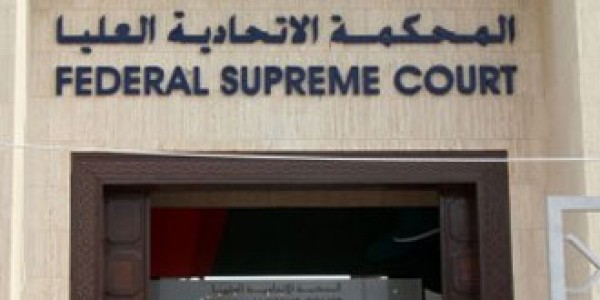 Security clearance not needed for government jobs Mustafa Al Zarooni / 23 April 2013 The Federal Supreme Court has ruled as unconstitutional Circular No. 5 issued by the Federal Authority for Government Human Resources on May 4, 2009 stipulating prior approval from the security authorities for employment procedures in government departments, Chief Justice Dr Abdul Wahab Al Abdool told Khaleej Times. The apex court gave this ruling on Monday in a lawsuit filed against the circular by a lawyer on behalf of some persons who were affected adversely. The circular was addressed to all ministries and federal government entities, asking them to seek the consent of the security authorities before finalising the posting procedures in white-collar jobs. According to the circular, these entities must refer the files for clearance of the persons for appointment, promotion, deputation, secondment, study leave, annual leave, maternity leave and reinstatement to the competent security entity for approval. In comment to the court judgment, judge Dr Jamal Al Sumaiti, Director-General of Dubai Judicial Institute, said: “The ruling is an evidence to the integrity of the Emirati judiciary.” He described the ruling as a historic one, which boosts the stature of judiciary and confirms that no one can interfere in the course of judiciary. “Security entities are looking at maintaining security by all means, and the role of judiciary is to issue the order,” he said, adding that, the constitution is the law that lays the general rules for the Emiratis and expatriates as well as the properties. Dr Sumaiti said: “Those affected by the circular should prove the ensuing damage as the civil dealings law stipulates compensation for such damage. Any person who was inflicted a damage should resort to court and prove it.” Zayed Saeed Al Shamsi, Chairman of the UAE Lawyers and Jurists Association, said he could not comment on the ruling, and he should follow the judicial verdicts. “The UAE is a state of law, and the ruling of the administrative and the constitutional circuit in the supreme federal court is final in such cases.” There are many circulars and decrees which were previously revoked and this ruling was new in the country, and the legislative entity should amend its legislations in a way that comply with the laws, he explained. malzarooni@khaleejtimes.com Taylor Scott International