Refugee food task much taller than the Burj Khalifa 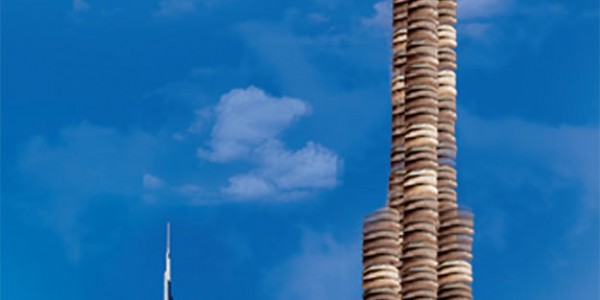 Refugee food task much taller than the Burj Khalifa Nivriti Butalia / 1 June 2013 Building the Burj Khalifa was a feat that took five years, but Jordanian bakers catering to Syrian refugees that have flooded the region are reaching three times that height — every day. The approximately 500,000 pieces of khobz bread that are dished out each day to the more than 100,000 Syrian refugees who live in what is said to be the second largest refugee camp in the world, the Zaatari Syrian Refugee Camp, would sit somewhere in the order of 2,500 metres if piled on top of each other, according to the World Food Programme which orchestrates this mass feeding event every morning. It can also prove quite a weight to lug for little arms, with many of the camp’s children being sent to collect the bread rations that are distributed every morning between 5.30 and 9. A 10-year-old boy called Mazin collects bread for his family of five, but, like many others, he has devised a way to manage the weight. He interlinks the knotted bows of two white plastic bags, so the weight evens out. The knotted bows of two plastic packets will rest beside his neck, on his shoulder, while one packet will fall on his back, and one in front. Same with the other shoulder, and one packet he’ll twine between his fingers. And all this bread, 27 metric tonnes of it, according to the WFP, comes from just two contracted bakeries in the Jordanian capital Amman, keeping hunger at bay for these refugees who have fled their homes and are, in many cases, left with nothing. – nivriti@khaleejtimes.com Taylor Scott International