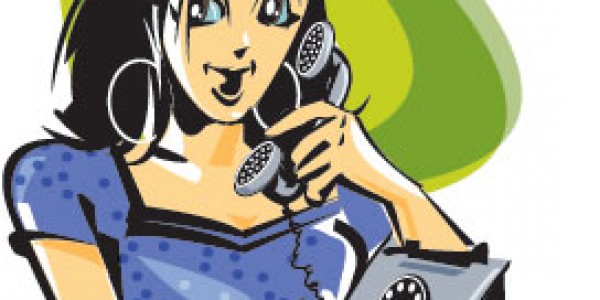 Etisalat makes landline calls across UAE free of charge Amanda Fisher / 2 June 2013 In a move that is set to scale up the competition in the UAE’s telecom sector, etisalat is to make landline calls anywhere in the UAE free. The move will apply from July 1, with only local landline calls within each emirate currently free for subscribers. Having been the first telecom service provider in the UAE, etisalat is now upping the ante following the 2006 arrival of du. Both service providers are eyeing a stronger market share by offering new services. KT illustration by Rajendran Etisalat’s new initiative was welcomed by residents, though some said the offer would not make much difference to their telephone bills. “I make most of my calls on my mobile phone, so where is the value I get from free landline calls?” asked Raghav Varma, a sales manager, based in Dubai. “It is not even of use to my family because they use the landline to call me on my mobile, which again is charged.” Reena D’Silva, an Indian living in Dubai, disagreed: “I have several friends in Abu Dhabi, as well as relatives. This is a value deal for people who stay at home or those who monitor their landline usage well. The UAE authorities are giving a great opportunity with this new offer.” Ahmed Khan, a Pakistani entrepreneur, said he would not find much value from the new service. “I won’t be making my calls from home, so I don’t stand to benefit from it. It would have been of use if they made calls from landlines to mobile phones free, but I don’t think they will ever do that.  They should also consider making the calls free for commercial establishments too, which will benefit small businesses like ours.” Etisalat said the free national landline calls across the UAE would be applicable for both standalone and eLife subscribers. The company is also launching the region’s first high definition voice for eLife landlines, with a new lineup of High Definition telephones to be introduced in July. Mathew Kuruvila, an Indian finance professional, said the new services took the UAE’s telecom sector to world-class levels. “The two moves — to make national landline calls free and to introduce HD landlines — are complementary. I think there is a concerted effort by the authorities to encourage more landline usage.” While the new service is set to make landline usage more popular, the question is how it will affect mobile phone usage. According to estimates, the UAE has some 14 million mobile phone users — almost two mobile phones for every resident. This fact was instrumental in the country launching its mGovernment initiative recently, where all government services are to be provided by mobile phone within two years. “I appreciate the gesture of making landline calls within the country free, but I wish there were more such initiatives in the mobile scene, because obviously that is the future direction the government also wants to take,” said an analyst, who did not wish to be identified. Etisalat Home Services vice-president Rashed Al Abbar said the new service was a “tribute to our nation’s great leaders and the spirit of unity that binds all residents”. Etisalat said the new services would be provided to eLife customers without any change in monthly rental charges. “The charge for standalone landline customers, who are not elife subscribers, will be revised to Dh39 per month,” it said in a statement. Etisalat is also offering subscribers a “favourite country plan” which helps save money for customers who make frequent calls to a specific country. –  news@khaleejtimes.com Taylor Scott International