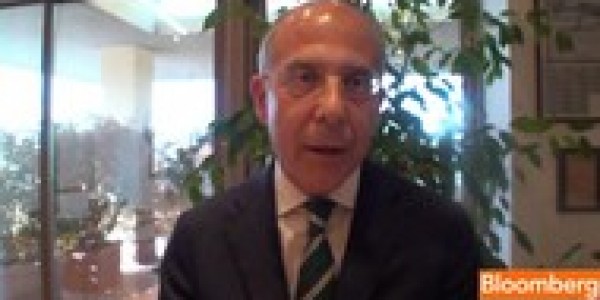 By Alessandra Migliaccio – Apr 16, 2013 11:00 AM GMT Enel Green Power SpA (ENEL) will invest about 4.2 billion euros ($5.5 billion) through 2017 in emerging markets such as Turkey, South Africa, Morocco , Peru , Colombia and Brazil, Chief Executive Officer Francesco Starace said. “Given the circumstances, we are very pleased to say that we keep investing,” Chief Executive Officer Francesco Starace said in an interview today. “Countries like Turkey and Brazil have endless growth potential.” 0:51 April 16 (Bloomberg) — Francesco Starace, chief executive officer of Enel Green Power SpA, discusses the company’s emerging-market strategy and overall investment plan. Enel Green Power, the clean-energy unit of Italy’s biggest utility, confirmed its overall investment plan of 6.1 billion euros ($7.9 billion) over the next four years, 69 percent of which will be focused on emerging markets such as Turkey, Mexico and Brazil. (Excerpts. Source: Bloomberg) Starace confirmed the company’s overall investment plan of 6.1 billion euros in the next four years. The growth will be “organic” and the projects will be self-financed, he said. By 2017 installed capacity in emerging markets will grow fourfold from last year to 3,600 megawatts, according to a company statement released today. The clean-energy unit of Italy ’s biggest utility is taking advantage of growth in emerging countries to offset weaker demand at home because of recession and lower subsidies. Power demand in Latin America will increase 4.9 percent this year, according to Enel data. Enel Green is also diversifying its energy mix taking advantage of sources like geothermal and biomass, Starace said. “It’s a good hedge against risks,” he said. “It’s a lot less risky to put in a solar plant and a lot of people can do that, whereas it’s more difficult to install geothermal and so we are investing in this.” The Rome-based company forecast its earnings before interest, tax, depreciation and amortization targets of 1.8 billion euros this year, around 2.4 billion euros in 2015, and up to 2.7 billion euros in 2017, according to the new 2012-2017 strategic plan presented to analysts today. To contact the reporters on this story: Alessandra Migliaccio in Rome at amigliaccio@bloomberg.net ; To contact the editor responsible for this story: Will Kennedy at wkennedy3@bloomberg.net .