Dh1,000 fine each month for non-renewal of labour cards 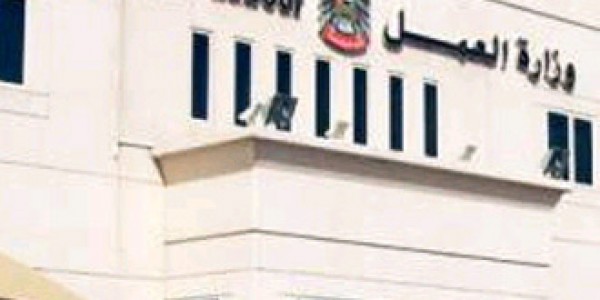 Dh1,000 fine each month for non-renewal of labour cards Salah Al Deberky / 31 May 2013 The Labour Ministry is strict about the issuance of labour cards for private sector employees, and it is evidence of how serious employers are in implementing the terms and conditions of their contracts and the clear work relations with their respective employees,” said Humaid bin Demas, assistant undersecretary of the Ministry of Labour during the Open Day in Dubai on Thursday. In reply to employers who gave excuses that they were unaware of the conditions governing the issuance of the labour cards, and that the staff of Tas’heel, an online government system designed to simplify all labour related processes, did not inform them that it is necessary to get the cards issued, it was said that the issue of work permits contain a condition that it is important to get the labour card issued within 60 days from the date of the issue of the permit. Employers and representatives have appealed to the Ministry to waive off fines imposed on them for not applying for labour cards after giving justifications. Some of them said they had no knowledge of the importance of the card, while others said Tas’heel did not direct them about how to get it. Bin Demas said employers were just giving excuses and said every work permit stipulated the importance of getting a labour card. “Employers ignore the fact that they will be slapped a fine of Dh1,000 each month if the labour card is not got within 60 days,” and called on employers to abide by the rules and laws of the ministry has designed in the interest of the public. “The Ministry uses the date of the issue of the labour card as reference and record in legal matters concerning the company and its employees,” he added. The labour card guarantees and secures the rights of the two parties (employer and employee), and the continuity of labour relations between them, an obvious reference to a proper relationship between the two parties concerned, he reiterated. Labour cards of employees will be cancelled if the employers lagged in getting the cards renewed, he said noting that, renewal of the labour card takes only 15 minutes at Tas’heel offices. Elaborating, he said cancellation of the labour card would require the applicant to resubmit an application. Applicants at the ministry are required to re-activate the labour cards after being cancelled, but the procedure is not available at the ministry. salah@khaleejtimes.com   Taylor Scott International