Sweden ‘Most Sustainable Country in the World’ 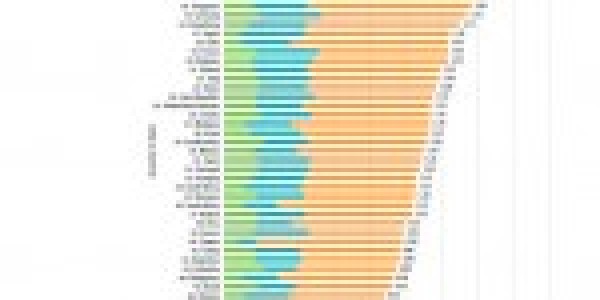 August 19, 2013 is the most sustainable country in the world, a ranking it earned for its use of renewable energy sources and low carbon dioxide emissions, as well as social and governance practices such as labor participation, education and institutional framework, according to a report by sustainability investment firm Robecosam. The ranking aims to offer insight into investment risks and opportunities related to environmental, social and governance practices such as emissions and reliance on fossil fuels, and allows investors to compare countries to each other. Australia, Switzerland, Denmark and Norway round out the top five. The United Kingdom ranks sixth, followed by Canada, Finland, the US and the Netherlands. Countries with the lowest scores include Nigeria in the bottom spot, along with Egypt, Venezuela, Indonesia and Russia. The sustainability report by Robecosam evaluated 59 countries, 21 developed and 38 emerging markets, on environmental, social and governance factors considered relevant to investors. A weighted set of indicators determined each country’s score with 10 being the highest. Countries were judged on their environmental policies, emissions , energy use, energy sources, risk mitigation and biodiversity. For example, countries that rely heavily on fossil fuel imports are vulnerable to external price movements or shortages, which would result in a lower score, the report says. A majority of investors view climate change as a material risk and as a consequence have retained — and in many cases advanced — their commitment to addressing climate change in their investment activities, according to research by consultant Mercer published earlier this month. This is despite wider economic challenges and continuing policy uncertainty, according to the third annual Global Investor Survey on Climate Change. A report released last year in Doha by the World Energy Council urged governments to design long-term energy policies, enable market conditions that attract long-term investments and encourage research and development in energy technology. It said developed countries such as Sweden, Switzerland and Canada are the closest to achieving sustainable energy systems . Neither the US nor the UK made the top 10 list. Earlier this year Volvo unveiled plug-in hybrid buses — which the company says reduce fuel consumption by at least 75 percent compared with diesel buses — in Gothenburg, Sweden as part of a field test. Volvo says the plug-in technology will also reduce carbon dioxide by 75 to 80 percent, compared with current diesel buses, and reduce total energy consumption by about 60 percent. Taylor Scott International