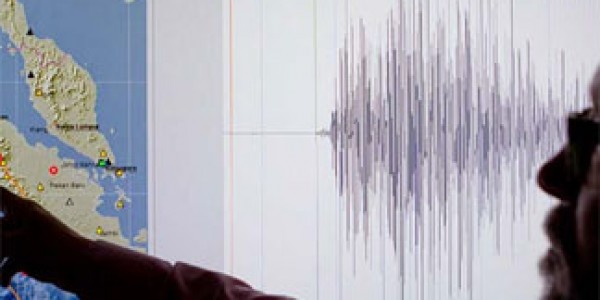 An earthquake rattled a province in the southern Philippines as people slept, injuring at least nine people, damaging dozens of houses and setting off a landslide that partially blocked a road with boulders, officials said on Sunday. The quake, which had a magnitude of 5.7, struck North Cotabato province and nearby regions late Saturday, causing the injuries, including to children, and damaging more than 30 houses, the approach to a bridge and water supply pipes in two villages, North Cotabato Governor Emmylou Tolentino-Mendoza said. It damaged a school in the hilly village of Kimadzil where many residents remained jittery because of continuing aftershocks, said Mendoza, who added she scrambled out of her home like other villagers when the ground started to shake and objects fell off from shelves. “It’s a big relief that no motorist was passing through our highway when boulders rolled down from the mountainside,” she said. The Philippine archipelago is located in the Pacific “Ring of Fire,” where earthquakes and volcanic activity are common. A magnitude-7.7 quake killed nearly 2,000 people on the northern island of Luzon in 1990. Taylor Scott International