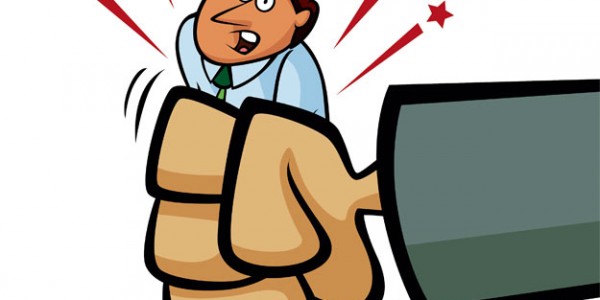 ‘Salaries not keeping pace with rising costs’ Staff Reporter (sarah@khaleejtimes.com) / 27 May 2013 UAE workers say salaries are not keeping pace with rising living costs, and two-thirds believe their salary is lower than their peers, which could lead to future economic difficulties, according to those behind a recent survey. More than half  — 53 per cent — of UAE respondents in the 2013 Bayt.com Mena Salary Survey said living costs had increased by more than 15 per cent in 2012, with rent and food being the biggest drivers. Eighty per cent said the rent had increased in the past year, while about 70 per cent believed food was more expensive and about 40 per cent said education fees were also behind the rise in costs. Eight in 10 respondents thought living costs would increase further in 2013. Meanwhile, 44 per cent said they did not get a rise in 2012. The majority of those who did, received between one to five per cent — and almost half, 48 per cent, were unhappy with the amount received. Almost one-third were unable to save any of their monthly income. Four in 10 were able to save up to 15 per cent, and one-third repatriated more than 15 per cent. About two-thirds — 67 per cent — of the UAE respondents felt they received less pay than their industry peers. While 50 per cent cited medium satisfaction with their pay-packet, only three per cent had a high level of satisfaction. Sixty per cent of the UAE respondents were planning to find a new job in the next year, the highest result for all countries surveyed, and above the average of 54 per cent. Bayt.com vice-president of sales Suhail Masri, said the results suggested salaries were not keeping pace with rising living costs, and this was something companies must begin to address.  “(In) doing so, they will be able to contribute to building employee loyalty and satisfaction, and will have the opportunity to reduce the number of employees looking to change jobs within the next year,” he said. UAE respondent expectations for the next year were mixed, with about 30 per cent expecting a raise of up to 15 per cent, about 20 per cent expecting more than 15 per cent, while about another 30 per cent do not believe they will get anything. The survey, conducted by recruitment agency Bayt.com and market research company YouGov, canvassed more than 15,000 people from the UAE, Saudi Arabia, Kuwait, Oman, Qatar, Bahrain, Lebanon, Syria, Jordan, Egypt, Morocco, Algeria, and Tunisia in April and May this year. YouGov Mena chief executive Sundip Chahal said it was important for companies to consider drivers of loyalty “in order to slow what would seem to be a very transient workforce.” “Employees across the Mena region seem dissatisfied with their current packages and the rising cost of living; if the two do not draw closer, then there could be potential economic difficulties in the coming years,” Chahal said. Overall, 28 per cent of the UAE respondents said salaries were increasing marginally, another 28 per cent said moderately, and 19 per cent believed they were staying the same. Inflation, rising living costs, economic growth and good corporate performance were believed to be behind the rise, while those who said salaries were not increasing believed this to be due to the poor economy, poor performance and more talent being available than jobs. Thirty one per cent believed there was an excess of talent in the region. Most respondents claimed salary was their biggest draw card, with almost half saying the extent their loyalty was linked to salary was between 70 to 100 per cent, followed by career progression opportunities.   Taylor Scott International