Is Amir Khan set to appear in Dubai? 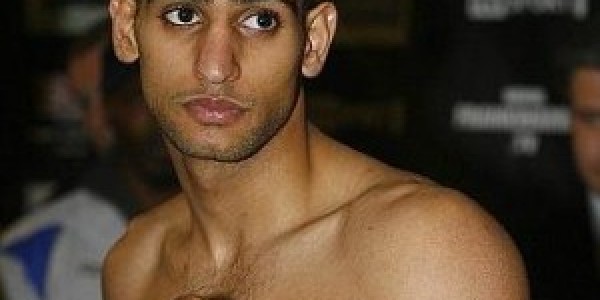 Boxing promoters are lining up a major fight between Amir Khan and Devon Alexander in Dubai.Chief executive of Golden Boy Richard Schaefer told the Daily Mail that he will head out to the Middle East to cast his eye over potential venues for the bout between the British and American welterweights.Dubai is becoming a major player in the world of sport and securing the rights to host such a high-profile boxing match would only increase the city's stature.Khan – who competed in the Olympic Games before turning professional – is one of the hottest properties in global boxing at the moment and he hopes to eventually get a shot at the undefeated Floyd Mayweather Junior, who is widely considered to be one of the best pound-for pound fighters of all time.However, the 26-year-old must first overcome Alexander, which will be no easy task.Mr Schaefer suggested that Khan and Alexander will battle it out for the IBF world welterweight title on December 7th.”We have opened discussions with the ruling family of the [United Arab Emirates] who have made it very clear that they are keen to put on a major boxing event,” he was quoted as saying.”This is very exciting for Amir and all of us. If he defeats Devon, preferably in style, the next step for him would be against Floyd.”Dubai is also set to host its first major boxing match later this month, when Chinese star Xiong Zhao Zhong defends his WBC Straw-weight title against the Philippines' Denver Cuello.The encounter will take place at the Dubai World Trade Centre on June 28th and it will be broadcast to millions of viewers around the world.This will certainly be an intriguing bout, as boxing experts have high hopes for Cuello, who has been likened to fellow countryman Manny Pacquiao.Rumours had been floating around that Pacquiao himself was being lined up for a money-spinning fight in the UAE in late 2013.Although nothing has yet been agreed, the Filipino superstar has confirmed that he is looking for venues outside the US and his team suggested that Dubai is an option. Taylor Scott International