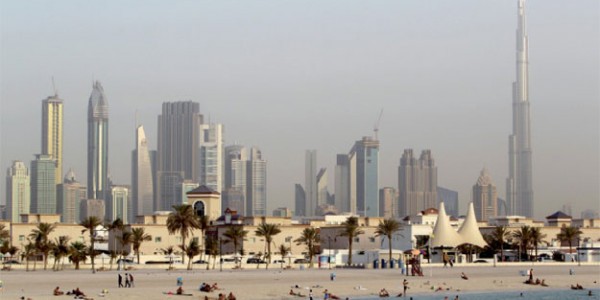 Women-only days on Dubai beach parks Sajila Saseendran / 21 April 2013 From today Dubai will offer two days each a week at two prime beach parks exclusively for women — with female tourists and local residents separated to accommodate religious and cultural differences in swimwear. People enjoy swimming at Jumeirah open beach with the city skyline in background. AP file photo No males aged above four will be allowed entry in either the Jumeirah Beach Park or Al Mamzar Beach Park on the ladies-only days. Sunday and Tuesday have been designated as ladies-only in Al Mamzar, while Jumeirah Beach Park will observe the same on Monday and Wednesday, Dubai Municipality Parks and Horticulture Department director Ahmed Abdul Kareem told Khaleej Times. The civic body announced its plan to allocate more exclusive days for women in these parks earlier this month, after the feedback they received on the current ladies-only day in Jumeirah Beach Park on Monday. The move is part of the civic body’s plan to make the leisure destinations more women-friendly to encourage them into more physical activities and keep fit. “Now, instead of one ladies-only day in one Beach Park, our women customers have a total of four such days to choose from in two beach parks. We hope this will satisfy their needs,” said Abdul Kareem. Considering the privacy request from the female customers, the municipality had decided to keep all-female staff and guards at these beach parks on ladies-only days. However, that did not mean female visitors have the freedom to walk around the parks in bikinis, Abdul Kareem said, with swimwear remaining strictly restricted to the beach areas in accordance with the existing dress code. The department has also decided to allocate separate beach areas for tourists and local residents, apparently due to religious and cultural differences in using the swim wear. “We had got complaints, mainly from school teachers that their young students were swimming in areas were female tourists swim in their style of clothing. I hope this (move) will reduce complaints,” said Abdul Kareem. He pointed out that not all women come to the beach parks for swimming. “There are women who just come to spend some time in the park. Some school kids come to use the play ground and some come for using the barbecue areas.” In Al Mamzar, Beach Numbers 1, 2 and 5 have been allocated for tourists while Beach Number 3 and 4 have been designated for local residents, students, elderly women and women with special needs. The Jumeirah Beach Park has also been bisected for this purpose. “If you are facing the sea, the left side of the beach will be for tourist women and the right side, beside the Ladies Club, for the rest,” the official said. The entry fee and opening hours at the beach parks remain the same, closing at 10pm but swimming to stop at sunset. sajila@khaleejtimes.com Taylor Scott International