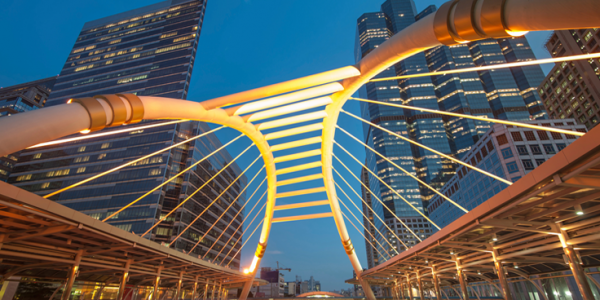 US Investors Targeting Foreign Property By Francys Vallecillo | May 2, 2013 11:29 AM ET Driven by potentially high returns, U.S. investors are increasingly targeting funds that invest in foreign commercial and residential property.   During the first quarter of 2013, investors put $2.6 billion into mutual and exchange-traded funds that invest in offices, hotels, and other foreign commercial properties, the largest number since the record $5.3 billion during the first quarter in 2007, Reuters reports.   In 2012, Americans directly invested $38.71 billion in foreign commercial properties, an increase from the $32.8 billion the year before, according to Real Capital Analytics.   “The big plus is diversification of your portfolio, number one,” New Jersey’s public pension funds chief investment officer Timothy Walsh told Reuters . “Number two, we actually think there’s better returns going forward.” Investors are also attracted by the high net operating income found overseas, Mr. Walsh added.   Overall, global commercial investment is expected to increase this year . But this is a new model for many U.S. investors.   “The basic assumption and belief, which is still untested, is [returns] won’t be super highly correlated with stocks and bonds in other countries,” said Joseph Gyourko, a business professor at the University of Pennsylvania specializing in real estate, told Reuters . “It’s going to be different than owning equities on the German stock exchange.” As a way for Americans to get in the foreign property game, almost 5.5 percent of 401(k) retirement funds now offer a global real estate fund as an option, up 30 percent since 2007, according to San Diego-based retirement firm Brightscope.   Overall, as global markets are emerging and distressed markets are recovering, investors can benefit from increasing prices in local economies.   “If you have a specific view on different countries or different regions, buying the real estate is more direct to the local economy of that country, than just stocks of companies that have a global revenue base,” WisdomTree Investments director of research Jeremy Schwartz told Reuters . Directly investing in foreign real estate can be accompanied by political and economic risks and experts warn to always use caution. “If you land a bunch of Americans and say just go out…they’re going to get slaughtered by the local guys,” chairman and chief executive of Prologis Inc Hamid Moghadam warned. ↓ Read User C Taylor Scott International