Japan Is Property ‘Market To Watch’ 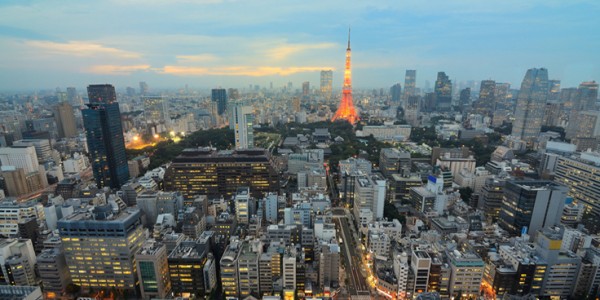 Japan is Property ‘Market to Watch’ By WPC Staff | May 6, 2013 2:29 PM ET Direct investment in global real estate hit the highest level since 2008 in the first quarter, led by a surge in investment in Asia Pacific commercial property. More than $27 billion was directly invested in Asia Pacific commercial real estate in the first quarter, a 26 percent increase from the same quarter of 2012, according to the last capital flows report from Jones Lang LaSalle. Of the total, $20 billion came from domestic deals, while cross-border transactions in the region slipped 24 percent from a year earlier. Japan is the “one [market] to watch,” said Stuart Crow, head of Asia Pacific capital markets at Jones Lang LaSalle. Investment in Japan property rose to $10.6 billion, up 32 percent year from a year ago and 38 percent from the previous quarter. The dramatic increase in Japan reflects “a broad improvement in sentiment across the economy, with consumer confidence at a five year high and a weaker yen that will help to support the large export market,” Jones Lang LaSalle reports. “We expect a lift in investment activity in the country, as positive signs are emerging following announcements about stimulus measures targeted at reflating the Japanese economy,” Mr. Crow said. JLL attributed the overall increase in Asia Pacific real estate to continued quantitative easing, which has increased liquidity and reduced the cost of debt in Asia. Asia Pacific investors increased their overseas commitment to property to $2.6 billion, a 45 percent increase from a year ago, focused primarily on office and hotel assets in Paris and London. “We maintain our expectation of an increase in transaction volumes in Asia Pacific to USD110 billion for 2013, which will be about 12 percent up on last year,” said Stuart Crow, head of Asia Pacific capital markets at Jones Lang LaSalle. Transactions in Hong Kong rose to $3.3 billion, a 68 percent increase from a year ago. Overall, global volumes of direct property investment hit $105 billion for the first quarter, the highest first quarter since 2008. “The weight of money chasing real estate has increased significantly,” JLL said. Taylor Scott International