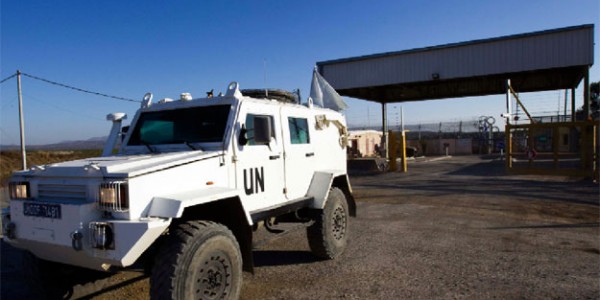 UN experts quit Syria as Obama weighs strike AFP / 31 August 2013 UN experts probing a suspected chemical weapons attack quit Syria on Saturday, opening a window into a possible US strike after Washington concluded the Damascus regime unleashed posion gas on civilians. The 13 inspectors, led by Ake Sellstrom , left their Damascus hotel before dawn and crossed early morning into Lebanon at the town of Chtaura in a convoy of vehicles, an AFP reporter said. They are due to report back immediately to UN chief Ban Ki-moon , who has appealed to the West to allow time for their findings to be assessed. Their departure heightened expectations of a US-led military strike on the Syrian regime, after US President Barack Obama on Friday gave his clearest indication yet that an attack was imminent. “We cannot accept a world where women and children and innocent civilians are gassed on a terrible scale,” Obama told reporters at the White House. “We are looking at the possibility of a limited, narrow act,” he said, while stressing no final decision had been taken on unleashing military strikes against Bashar Al Assad’s regime. His remarks came after the United States released an intelligence report that concluded the regime had launched a chemical onslaught in the suburbs of Damascus last week, killing 1,429 people, including at least 426 children. “This kind of attack is a challenge to the world,” Obama said. “The world has an obligation to make sure we maintain the norm against the use of chemical weapons,” the president said, slamming the failure of the UN Security Council to agree on action. Obama said he was looking at a “wide range of options” but had ruled out “boots on the ground” or a “long-term campaign.” France gave its backing to the US plans, saying a “strong message” should be sent to the Assad regime, but British lawmakers have voted against any involvement in military action and other close US allies said they would not sign up. Russia, Syria’s most powerful ally, has questioned US intelligence about the August 21 gas attacks and has warned against any military strikes without UN backing. US Secretary of State John Kerry cited “multiple streams of intelligence” indicating that the Syrian government had carried out the chemical attack and that Assad himself is the “ultimate decision maker”. Kerry said failure to act would not only erode the nearly century-old norm against the use of chemical weapons, but would embolden Syrian allies Iran and Hezbollah. But the United States, faced with an impasse at the Security Council and the British parliament’s shock vote Thursday, has been forced to look elsewhere for international partners. While Germany and Canada ruled out joining any military strikes, French President Francois Hollande — whose country was a strident opponent of the US-led war on Iraq — said the British decision would not affect his government’s stance. Hollande said he and Obama “agreed that the international community cannot tolerate the use of chemical weapons, that it should hold the Syrian regime accountable for it and send a strong message.” Turkey, Syria’s neighbour, went further still, demanding not just surgical strikes to send a message about chemical weapons but a sustained campaign to topple the regime. Gruesome pictures of some of the reported victims of the attacks, including children, have shocked the world and piled on the pressure for a response that could draw a reluctant West into the vicious Syrian civil war. But Russia and Iran, and even some US allies, have warned against any intervention, saying it risks sparking a wider conflict. The military buildup continued, with US warships armed with cruise missiles converging on the eastern Mediterranean. In Damascus, the mood was heavy with fear and security forces were making preparations for possible air strikes, pulling soldiers back from potential targets. The capital’s streets were largely empty on Saturday with few cars or pedestrians, although this is normal for the second day of the Syrian weekend. Residents were seen stocking up with fuel for generators in case utilities are knocked out in any military strike. The sound of bombardments in the distant suburbs could be heard, with the Syrian Observatory for Human Rights reporting shelling near Beit Sahem, on the way to the international airport; Al Nabak in the north and in East Ghouta, one of the sites of the suspected poison gas attacks. Syria has denied using chemical weapons and the foreign ministry said that the US intelligence report was “entirely fabricated stories” spread by “terrorists” — its term for rebels. More than 100,000 people have died since the conflict erupted in March 2011 and two million have become refugees, half of them children, according to the United Nations. Taylor Scott International