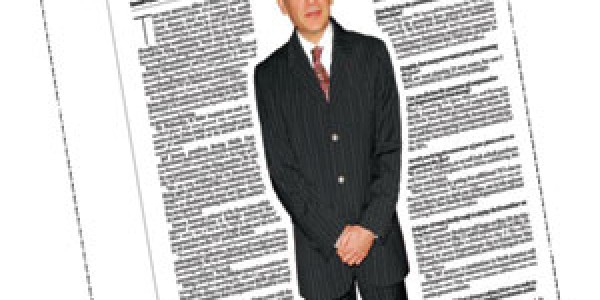 Qatar Airways pitches for Emirates alliance Suresh Pattali / 3 May 2013 Close on the heels of a global partnership between iconic Emirates and Qantas, Qatar Airways chief executive officer Akbar Al Baker has called for commercial cooperation with Dubai’s flag carrier. The outspoken CEO said the state-owned national carrier of Qatar already has some level of cooperation with Emirates, but a commercial-level alliance would unleash huge benefits for the region and its aviation giants. “At the moment, we have human resources cooperation. We have technical cooperation. We also have training cooperation with Emirates,” Al Baker told Khaleej Times on board a 787 Dreamliner fitted with a redesigned lithium-ion battery system that has layers of safeguards to prevent overheating. It was Qatar Airways’ first 787 commercial service after the US Federal Aviation Administration and regulators in other nations grounded the entire Dreamliner fleet, following a battery fire in January. “We have such a huge potential, so it’s apparent that Qatar Airways and Emirates should get together and work even more closely on the commercial side,” Al Baker said. Asked if it’s a question of who makes the first move to send a feeler, he said that between two friends, the question of who will make the first move is not relevant. “There is always a move. We are very close to Emirates and the two carriers have been in cooperation for a long time.” He said the closeness between Emirates and Qatar Airways would make a very strong alliance. “Just a year ago, did you even imagine that Emirates and Qantas will get together? Things in aviation move very fast. So you never know. I have always thought that integration of Emirates and Qatar Airways will benefit this region and make the two airlines even stronger than they are today.” Asked why he preferred Emirates over other airlines, Al Baker said the world’s largest airline by international traffic, was a very strongly established airline and its vast global network could hugely complement Qatar Airways. Emirates Group posted Dh2.1 billion net profit for the first six months of its current fiscal year ending September 30, 2012, up 68 per cent from Dh1.3 billion on the previous year. Asked if he would call it a dream alliance for Qatar Airways, Al Baker said alliances between friends need not be publicised in terms of adjectives. Saj Ahmad, chief analyst at London-based StrategicAero Research, said it was no surprise Qatar Airways wants links with Emirates. “Both have deals with Qantas and they both are the fastest growing Arabian airlines. And it’s clear from the UAE’s investment in Dubai Airport and DWC that any pact between these two carriers would result in an amazing global pairing for customers,” he said. “Whether a deal will happen is not yet clear, but you would certainly see them cooperate closer in the future,” Ahmad added. Qatar Airways CEO Al Baker conceded that the grounding of the 787 fleet due to the battery snag had impacted his carrier’s ambitious expansion plans severely. “We have now clawed back new destinations we were scheduled to launch. We were planning 15 new routes, but now I have to settle for 10. I am very unhappy,” he said. “And because we are not launching new destinations, it is impacting our bottom line,” he said, adding that the Dreamliner debacle had cost the airline over $200 million till now. suresh@khaleejtimes.com Taylor Scott International