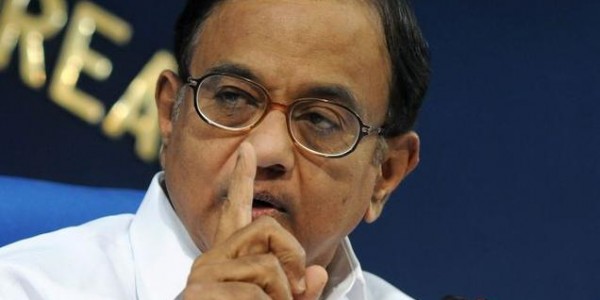 SPECIAL CORRESPONDENT The Hindu Finance Minister P. Chidambaram Minister relaxed tax benefit-related residency norms for foreign investors Finance Minister P. Chidambaram on Tuesday allayed apprehensions over the imposition of wealth tax on agricultural land within urban area limits to provide a big relief to farmers, especially in Haryana and Punjab. Mr. Chidambaram relaxed the tax benefit-related residency norms for foreign investors routing funds through countries such as Mauritius and lowered the withholding tax rate to five per cent from 20 per cent on interest payments on investments by non-residents in long-term infrastructure bonds and corporate debts. In his brief speech while moving the Finance Bill, 2013 for approval by the Lok Sabha, which took place without any debate in view of the Opposition walk out and paucity of time, Mr. Chidambaram, however, held firm on introduction of the Commodities Transaction Tax (CTT), arguing that derivatives trading in commodities would no longer be considered a speculative transaction when the new levy is imposed. The Minister also did not entertain the automobile industry’s plea for rolling back the excise duty hike on SUVs, proposed in the budget, from 27 per cent to 30 per cent. In view of the apprehensions of farmers, especially in Punjab and Haryana, and the notices already issued to such land-holders which were promptly sought to be utilised by non-UPA parties ahead of the general elections next year, Mr. Chidambaram was quick to clarify that there was never any intention of levying wealth tax on agriculture land. “There was apprehension that wealth tax was being imposed on agricultural land. Let me make it absolutely clear that the policy of the UPA government is not to impose wealth tax on agriculture land,” the Finance Minister said and credited Haryana Chief Minister Bhupinder Singh Hooda and other Congress leaders for drawing the Centre’s attention to the issue. The apprehensions were on account of the Punjab and Haryana High Court rulings, Mr. Chidambaram said and noted that he worked hard on Monday to prepare the amendment and obtain the President’s approval. “The matter should come to an end,” he said while asserting that urban land does not include agriculture land which “is so declared in government records.” In a further explanation on the issue after approval of the Finance Bill 2013 by the Lok Sabha, Mr. Chidambaram said: “As the wealth tax is levied only on unproductive assets, there was no intention to levy wealth tax on the agricultural land which cannot be termed unproductive assets”. It also noted that wealth tax is not leviable on urban land which is “classified as agricultural land in the records of the government; and used for agricultural purposes.” The proposed amendment would take effect retrospectively from April 1, 1993, he said. On another proposal to impose TDS (Tax Deducted at Source) at one per cent on transfer of immoveable property of over Rs. 50 lakh, Mr. Chidambaram said the person needing to deduct tax would not be required to obtain TAN (Tax Deduction and Collection Account Number). “…in order to be helpful to the person who is required to deduct the tax, we are dispensing with the requirement of obtaining a TAN. He need not have a TAN but he must deduct the tax,” Mr. Chidambaram told the House. Later clarifying on the issue, the Minister said: “In order to reduce the compliance burden on the deductor, deducting tax under section 194-IA (I-T Act), it is proposed to insert a new sub-section… to provide that the provisions of section 203A shall not apply to a person required to deduct tax in accordance with the provisions of new section 194-IA”. Mr. Chidambaram assured the House that he had rectified the provisions relating to one per cent tax on cash sale of bullion or jewellery to prevent misuse of the provisions of the I- Act. “There was an exclusion in parenthesis [relating to coin or article weighing less than 10 gms]…that exclusion was giving opportunity for misuse. That exclusion has now been withdrawn,” he said. Taylor Scott International