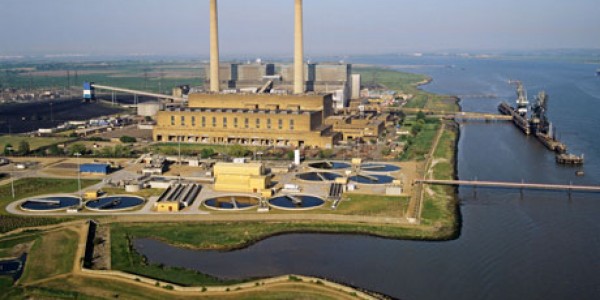 Government guidelines could allow destructive forms of biomass and fail to satisfy industry of future financial support Fiona Harvey , environment correspondent theguardian.com , Thursday 22 August 2013 15.34 BST The travails of the industry were highlighted in July with the shelving of plans to turn the Tilbury power station into a biomass-burning plant. Photograph: Alamy[/color] New regulations to ensure energy generated from forests, crops and waste is sustainable provoked a fresh row on Thursday over biomass power, with the government plans failing to reassure the industry of future financial support. Green campaigners said the new rules would allow the use of destructive forms of biomass, which have been linked to deforestation in other countries. The biomass industry denied this, but will still face a major task to attract investment into the sector, because the government has put strict limits on how biomass plants will be supported under its new regime for the electricity market. Under the current proposals, biomass will be at a disadvantage relative to other forms of generation, because some forms of new biomass power plants will be effectively excluded from the new long-term “contracts for difference” that are the basis of the new system. That may rattle investors. The travails of the industry were highlighted in July with the shelving of plans to turn the Tilbury power station, in Essex, into a biomass-burning plant. Greg Barker, minister for energy and climate change, said biomass – now an industry worth £1bn in the UK and supporting 3,000 jobs – had “an important role” in UK energy generation. “The new criteria will provide the necessary investor certainty and ensure that the biomass is delivered in a transparent and sustainable way.” The new sustainability rules cover issues such as harvesting rates, to ensure trees can regrow, as well as ensuring wood comes from forests where the biodiversity is not harmed by the harvesting, and where the rights of indigenous people are respected. The government promised there would be no changes to the criteria before 2027, and that the operators of plants who complied with the guidelines would continue to receive subsidies under the Renewable Obligation. Dr Nina Skorupska, chief executive of the Renewable Energy Association, which represents the industry, said: “These sustainability criteria ensure that the UK can reap the benefits of biomass, safe in the knowledge that it is making a real dent in our carbon emissions and that ecologically sensitive land is being protected.” Tensions between green groups and the biomass industry have been running high for months, as environmental groups have published studies and claims that some forms of biomass, such as imported wood, do not reduce carbon dioxide emissions because they encourage the chopping down of large swaths of forest. Biomass proponents have responded that some of the scientific research has been misinterpreted , and unrealistic worst case scenarios wrongly presented as the norm. At least one academic involved with the research has contested the green groups’ claims. However, the government’s new guidelines, far from defusing the row, have inflamed it further. Dr Doug Parr, chief scientist at Greenpeace UK, said: “The loopholes in these sustainability standards are big enough to drive a logging truck through. The government has ignored the latest scientific research and produced standards that will take a potentially sustainable industry and transform it into one more way to greenwash environmental destruction. The climate isn’t going to fall for creative accounting and neither should the public.” The government also failed to satisfy the biomass industry with Thursday’s announcement. Under electricity market reform, new biomass-burning power stations will only qualify for the new contracts if the heat they produce is captured and reused, a process known as combined heat and power (CHP). But some biomass companies are worried because CHP technology is an extra cost at the outset, and because it is only suitable where there are buildings – either dwellings, industrial estates or large public buildings – near enough for the heat to be piped from the plant. Given the UK’s planning laws, it may be hard to get permission for a site, which could put some potential projects in a “catch-22” situation. CHP will also only be economically viable if nearby property owners are prepared to pay for the heat. Skorupska said biomass was a good option because it could reduce carbon, but is not intermittent like other renewables such as wind. But she warned that the CHP stipulation risked harming investment. “CHP is an excellent use of the resource, but it is not feasible in sites where there is no user for the heatload. The government will have serious regrets down the line if it excludes the construction of dedicated biomass power plants from the new regime.”[/font][/color] Taylor Scott International