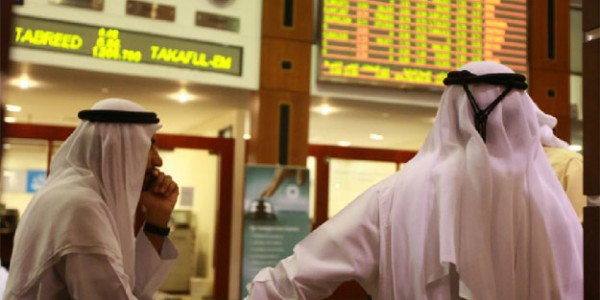 Gulf markets mixed as Syria attack fear eases (UAE STOCK MARKETS) / 30 August 2013 Middle East stock markets were mixed on Thursday as heavy selling related to the Syrian war faded, but continued uncertainty over how and when the United States might strike Syria blocked solid rebounds. President Barack Obama told Americans that a military strike against Syria would be in their interest, but there were signs that any action would be delayed at least several days while the case was laid out to US and British lawmakers. This encouraged some Gulf retail investors to buy stocks on Thursday as margin calls eased, but the markets’ rebounds during the day lacked momentum. “We had a lot of speculation and hot retail money in the market and they’ve been caught be the news and reacted very promptly,” said Sebastien Henin, portfolio manager at The National Investor in Abu Dhabi. “If you analyse US involvement, it will most probably be limited in terms of timing and geography and shouldn’t impact the Gulf region much.” This week’s losses have taken some of the froth off Gulf markets; Amer Khan, fund manager at Shuaa Asset Management, estimated Dubai was now trading at 12.9 times 2013 earnings, not prohibitively high for a growth market. But Asim Bukhtiar, head of research at Saudi Arabia’s Riyad Capital, said: “We see a bit of risk until the geopolitical situation gets resolved in coming days — we expect volatility to continue in the market and it would be safer to stay on the sidelines.” Dubai’s index gained 0.3 per cent, trimming this week’s losses to 6.6 per cent and leaving the market up about 55 per cent year-to-date. Abu Dhabi  eased 0.07 per cent, down 5.4 per cent on the week.  In Qatar, the benchmark rose 0.8 per cent, snapping four sessions of declines from a five-year high. It lost 4.7 per cent this week. Saudi Arabia’s measure  was little changed; it rose more than 1.0 per cent in early trade but then gave up most of those gains. Despite this week’s losses of 5.2 per cent, many Saudi valuations remain rich, especially in sectors such as banks and the retail sector, Bukhtiar said.  In Kuwait, retail traders sold small-cap shares, which accounted for most trading volume. The index lost 1.0 per cent and was down 5.8 per cent for the week.   “People are off-loading shares – the big players are pressuring smaller stocks to pick them up later from lower levels,” said Fouad Darwish, head of brokerage services at Global Investment House.  But he added, “Fundamentally, it’s the best condition that the market has been in for years.” Kuwait is up 28.6 per cent year-to-date, backed by improving corporate earnings and increasing anticipation of progress on long-delayed infrastructure building plans. Cairo’s main benchmark climbed 0.8 per cent to 5,268 points, snapping a three-session losing streak. The market gained modest support from the cabinet’s approval of 22.3 billion Egyptian pounds ($3.2 billion) of spending on investment projects over the coming 10 months. Capital Economics said the spending plan might help the economy in the near term— Reuters Taylor Scott International