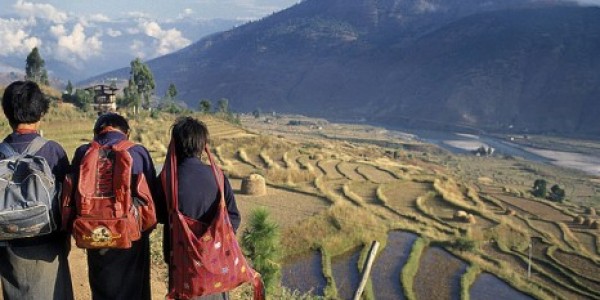 7 June 2013, 1:27 pm By Ed King The world’s main system of carbon trading needs urgent support from governments if it is to continue functioning effectively and give developing countries access to green technologies. The UN’s Clean Development Mechanism (CDM) has 6900 registered projects in 86 countries, and has issued 1.3 billion certified emission reductions (CERs) since its launch. One CER is the equivalent to a tonne of carbon dioxide. But falling demand for these credits and a lack of policy clarity from governments has left the CDM struggling, with prices dropping by 90%. CDM Executive Board chair Peer Stiansen told a meeting at the UN climate talks in Bonn he was happy with the integrity of the mechanism, but said the global economic outlook and struggling EU emissions trading system indicated there would be no quick fix. “We have proved we can deliver on scale, and that is an important achievement, because we need scalability for this mechanism,” he said. “But currently we are seeing low demand in CERs, which rests in low prices and lack of incentives. It is very frustrating, and we’re seeing the market cannot continue for project developers, and many are leaving.” CDM projects aim to develop low carbon solutions in developing part of the world (Photo: Curt Carnemark/World Bank) Last September a panel set up to assess the health of the CDM warned that allowing it to fail would make it harder to raise finance in the future to help developing countries cut carbon. Joan MacNaughton, vice chair of the high level panel and a former UK civil servant, told the Guardian : “The carbon market is profoundly weak, and the CDM has essentially collapsed. It’s extremely worrying that governments are not taking this seriously.” New restrictions on what types of projects would be accepted by the CDM were introduced at the end of 2012, leading to a spike in applications before that came into effect. Since then Stiansen says they have fallen to around 20 a month. It’s a substantial drop compared to previous years, and the chairman suggested it was indicative of the current uncertainty in the markets over the global desire to pursue a low carbon agenda. “We hope this will be a temporary dip and that countries will move and make decisions to create more demand,” he said. “In 2014 there is a provisional step-up of ambition on the Kyoto Protocol, and positive movements in the ADP [talks on a global emissions deal in 2015] would hopefully raise expectations and raise more demand.” The UN is taking steps to simplify what critics say has become a complicated and lengthy application process. Stiansen said the initial registration and review process on new submissions will be streamlined to just over two weeks. The CDM has also opened three offices in Africa, with a fourth planned in the Carribbean, to promote applications from those regions. “What we have to offer is our moral support. The ones who can take action would be the parties – such as voluntary cancelation of CERs,” he said. “It is limited what the board can do. I want to re-emphasise this is a problem of demand – I do not see this as a problem of supply.” Stiansen’s bleak forecast is shared by analysts, some of whom fear continued lack of demand could hit investment in green development projects in poorer parts of the world. Anja Kollmuss from Carbon Market Watch told RTCC the CDM board has to tighten its application process to ensure projects are environmentally acceptable, but admits that unless governments took steps to drive demand the short-term outlook is bleak. One hope is that a possible aviation emissions agreement could boost demand for CERs. Earlier this week the world’s leading airlines called on governments to agree to a new greenhouse gas offsetting scheme for the aviation industry. “What may happen is that if ICAO [international aviation body] comes to an aviation agreement and they do agree on a market-based mechanism there might be an increase in demand from aviation – but this wouldn’t start till 2020. “I’m not too optimistic that anything will change anytime soon in terms of prices in the CDM” Taylor Scott International