Farmland In The South ‘Outstripping The National Average’ 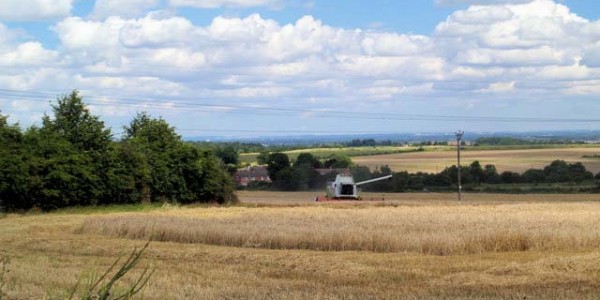 Agricultural land prices in the south are outstripping the national average, with non-farming investors helping push the market along and to the south of the M3 and M4 corridors. Richard Liddiard, head of farm agency for national property consultancy Carter Jonas based in Newbury, says that while the national average price per acre for arable rose to £8,193 and pasture to £6,689 the strength of the market in Berkshire and Hampshire has driven values far above that level with arable regularly achieving £10,000 per acre and pasture £8,000. The larger difference between the two land types in this region illustrates the emphasis on arable crops rather than livestock farming. “We have seen some exceptional transactions during the first half of 2013 with the larger sales being dealt with ‘off market’ and showing the strength of land as a safe haven and hedge against economic ills,” he says in his leading national market comment for the latest RICS rural market survey covering the first half of this year. “Whilst the UK economy shows signs of recovery, I am still of the opinion that we are at the peak of the market for average or less well equipped farms.” “But the best in class will still rise in value and be keenly sought by the non-farming investors who value the safe haven status and inheritance tax advantages that land offers. The number of investors buying in the area has risen by 166 per cent despite some recent suggestions that investors are baling out. It is understandable that some have been taking advantage of the healthy price growth to take their ‘profit’ and plough their cash into other opportunities which may offer chances of better capital growth in the next five to 10 years. “The rise in values comes despite seeing more farms in the market but there are some holdings that are sticking, particularly if they are overpriced or do not have strong local demand to push values higher.” “Many buyers are yeoman farmers – members of families who have been in farming sometimes for generations. They see the value of enlarging their existing holdings, particularly where a senior member of the family retires to be followed by additional family members looking to become involved in the farming enterprise.” Taylor Scott International