Agricultural Insights From The Southeastern U.S. 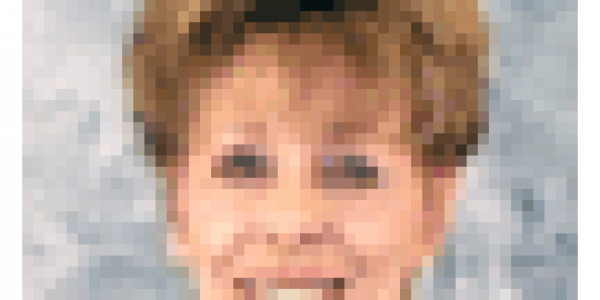 The following writing by Teri Gafford was published by the Federal Reserve Bank of Atlanta today. Her summary of their Birmingham Branch’s recent agricultural meeting is insightful and points to a few emerging trends, some of which apply to areas other than the Southeastern U.S., too.—K.M. Food for Thought I admit it. No matter how much I try, I do not have a green thumb, and woe to any houseplant (or outdoor plant, for that matter) that makes its way into my care. With that said, you might be surprised to learn that I serve as the Atlanta Fed’s lead agriculture analyst. My duties include meeting with some pretty savvy folks in the field of agriculture. The Birmingham Branch of the Federal Reserve Bank of Atlanta hosts the Sixth District’s Agriculture Advisory Council and we recently convened the first of our two meetings of 2013. Here are some of the meeting’s highlights: High commodity prices have resulted in many producers having record revenues although increasing input costs continue to challenge margins. Agriculture producers are turning more and more to technology and other capital investments to improve production and reduce the need for manual labor. As an example, the cost to plant Miscanthus giganteus (a large, perennial grass hybrid used for biofuel production) can fall from $1,400 to $400 per acre by using a newly developed mechanical planter. Other contacts report that more advanced equipment entering the market is twice as productive as older versions, thus reducing both labor and fuel costs. The two most prevalent labor topics discussed were the continued importance of the guest worker program and the uncertainty associated with the costs and effects of the Affordable Care Act. Council members were heartened that the current immigration bill being debated recognizes the agriculture sector’s need for migrant labor. One of the biggest surprises in the conversation is that there is a real increase in the number of young people entering the field of agriculture. “They are coming back to the farm” with college degrees and enthusiasm, one Council member said, adding that these young people are “well educated, globally market savvy, and ready to take calculated risks.” When the discussion turned to productivity, it was enthusiastically agreed that there are still significant productivity gains to be had in agriculture. “What robotics did for manufacturing will be replicated in agriculture,” was a comment supported by all members. Farmland values continue to rise, supported by both low interest rates and high commodity prices. Council members noted that nonfarming investors are purchasing farmland and farmers are buying adjacent properties to expand. Because of continued uncertainties (commodity prices, low interest rates, and government agricultural policy) typical land leases, which used to be three to five years in duration, are now being let for one-year contracts. Overseas markets are driving up global demand for protein products, which in turn increase prices for U.S. consumers. Reduced supply may also be affecting beef prices as many cattle producers reduced their herd size because of the combination of last year’s drought and high feed prices. (Because it was so expensive to feed them, more head went to market.) The effect of citrus greening, a deadly disease that has done great harm to the Florida citrus industry, continues to concern Florida orange and grapefruit growers. A lot of ongoing research is dedicated to finding a genetic solution for this problem. Lumber prices are approaching 2004–05 levels as a result of growing demand (improving housing market and the demand for new homes) and tight supplies. Cotton producers are watching China’s large cotton inventory; releasing that supply into the market could have adverse effects on cotton prices. Issues surrounding both the use of genetically modified organisms globally and labeling requirements continue to be discussed, and resolutions to both issues will be economically important. We will continue to reach out to our contacts in the agriculture sector, especially our Advisory Council, for their continued insight. And I’ll continue to watch, like all of you, how agriculture prices move. There’s a lot to that story. By Teri Gafford, a Regional Economic Information Network director in the Atlanta Fed’s Birmingham Branch Taylor Scott International