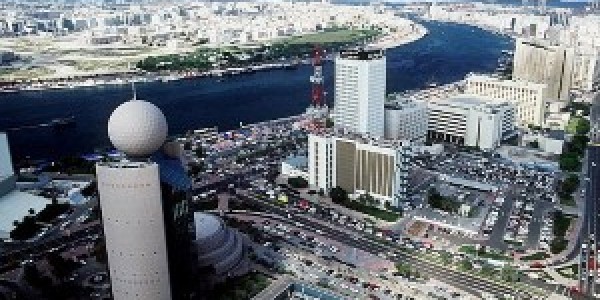 Leading economists at a prominent international bank are confident that Dubai will record strong economic growth in 2013.Senior figures at Standard Chartered predict the city's gross domestic product (GDP) will expand by 3.5 per cent by the end of the year and think the UAE's economy will increase by the same amount.Like many other parts of the world, the UAE suffered badly when the global economy came crashing down in 2008/09, but it certainly seems to have recovered far more strongly than most countries.Although the well documented problems in the eurozone are having an impact on trade around the world, Marios Maratheftis – global head of macroeconomic research at Standard Chartered Bank – believes the UAE has not been too adversely affected by this, as it does most of its business with Asia.”We expect positive, solid growth in Dubai and the UAE. We are seeing growth is picking up and … being driven by fundamental drivers,” he was quoted as saying by the Khaleej Times.Mr Maratheftis suggested that the hospitality sector – which is getting back to pre-financial crisis levels – is performing well and retailers have also had a very good year.Importantly, the property market has bounced back and investors have been snapping up new assets in more exclusive parts of Dubai.Mr Maratheftis added that there has been a shift in purchasing habits since the global economic downturn, as people are now predominantly buying completed buildings, rather than investing in off-plan properties, which was common practice a few years ago.Recent studies have shown that investors are far more optimistic about the direction of the emirate's economy than they have been in previous years.Indeed, the latest Consumer Confidence Survey by the Dubai Department of Economic Development indicated that 95 per cent of people living in the city think the emirate's GDP will rise by the end of 2013.By contrast, in the fourth quarter of 2012, only 74 per cent of residents believed the economy was in good shape.The First Group can help you find properties for sale in Dubai   Taylor Scott International