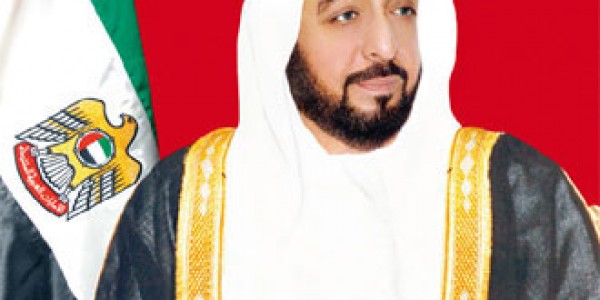 Shaikh Khalifa’s UK visit: History in the making Silvia Radan / 22 April 2013 For the second time in 42 years, a state visit by a UAE President to the UK will be happening on April 30-May 1. The President, His Highness Shaikh Khalifa bin Zayed Al Nahyan, will be travelling with a political, military and business delegation to Great Britain at the invitation of Queen Elizabeth II. “I can’t think of anywhere else in the world of a state visit being returned in such a short time, with the Queen’s visit here in 2010 and, if I may say so, a returned match by Shaikh Khalifa only two-and-a-half years later,” said Dominic Jermey, British Ambassador to Abu Dhabi. Although he would not reveal details of discussions between the UAE and UK delegations, the ambassador has “no doubt” that the issues of dropping UK visa for UAE nationals, as well as the political sensitivities raised by the nuclear power in Iran will be discussed. “Defence, security, foreign policy and business will be at the heart of the visit, but first and foremost, this is a visit between two royal families, who value each other, so it is about enhancing the relationship between the UAE and UK,” said Jermey. According to him, when Queen Elizabeth visited the UAE in 2010, several agreements were signed, boosting military, political and business relationships. Presently, there are 30,000 Emiratis visiting the UK every year and one million UK citizens coming to the UAE annually, despite the “high threat from terrorism” official warning of the UK government for its citizens travelling to the emirates. The bilateral trade between the two countries is £11 billion with plans to reach £12 billion in a couple of years. About 4,000 UK businesses operate here, some of them being over 80 years old, and several UAE companies such as Abu Dhabi National Exhibition Centre, Taka (the energy company), Masdar and Dubai Ports invest heavily in the UK. The NMC hospital was the first UAE organisation to be listed on the London Stock Exchange, while the health cooperation between the two countries continues to grow with more British doctors and clinics establishing here. Education wise, several new British schools and colleges are setting up in the Abu Dhabi Emirate in the coming months and over 1,500 Emirati students travel to the UK every year for their higher education. “In the next couple of weeks, there will be an agreement signed to recognise British institutions that offer vocational qualifications in the UAE, such as nuclear safety, medical technicians or defence engineering,” said Jermey. Historically, the two nations have very strong connections and this very state visit is reflective of the Queen’s visit to the UAE in 1977 returned by Shaikh Zayed bin Sultan Al Nahyan’s state visit to Great Britain in 1989. Just as his father did, Shaikh Khalifa will inspect the guard of honour, honour the Unknown Soldier at the Westminster Abbey and will have a luncheon with the Queen. — silvia@khaleejtimes.com   Leaders greet Queen on b’day The President, His Highness Shaikh Khalifa bin Zayed Al Nahyan, has sent a congratulatory cable to Queen Elizabeth II of the United Kingdom on the occasion of her birthday. His Highness Shaikh Mohammed bin Rashid Al Maktoum, Vice-President and Prime Minister of the UAE and Ruler of Dubai, and General Shaikh Mohammed bin Zayed Al Nahyan, Crown Prince of Abu Dhabi and Deputy Supreme Commander of the UAE Armed Forces, also sent similar cables to Queen Elizabeth. Taylor Scott International