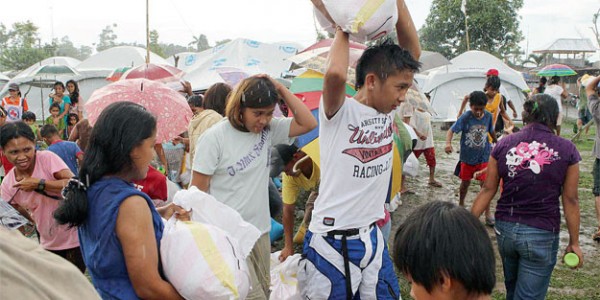 RCA comes to the aid of Philippine typhoon victims (Wam) / 11 June 2013 The UAE Red Crescent Authority (RCA) mission team is continuing its distribution of the second phase of relief assistance to victims of Typhoon Bopha (Pablo) which hit the province of Mindanao in southern Philippines in late 2012. Mohammed Abdullah Al Haj Al Zarouni, Chairman of the Mission of Red Crescent team, distributed the second phase of assistance in cooperation with the Philippine National Red Cross and local authorities in villages and areas affected by the typhoon. He said the team came to stand by the Filipino people to alleviate their suffering in these dire conditions.  During this phase, the team distributed 600 food baskets to 600 Filipino families affected by the typhoon, where aid was distributed in Compostela Valley in Mindanao. The team also distributed a further 500 baskets of relief aid to 500 Filipino families, bringing the total number of families that will benefit from Emirati assistance to 4,500. The people of the villages thanked and expressed their appreciation to the UAE Red Crescent for their efforts in helping them, especially those affected by Typhoon Bopha, which destroyed their homes and their service facilities.  Taylor Scott International