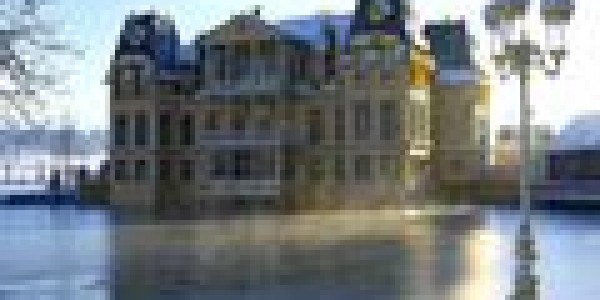 News Posted On: 30 May 2013 After several years in which money from struggling Eurozone countries has been invested in ‘safe haven’ or relatively healthy economies’ property markets, native investors have made major purchases in Sweden and Germany. In Germany, the LEG group, which was floated on the stock market in January, bought 2,200 apartments in Germany namely in North Rhine-Westphalia from a group led by Luxembourg-based fund BGP. LEG said it seeks to add a further 8,000 units. The price details of the deal were not disclosed, but North Rhine-Westphalia ‘has the highest population density in Germany, and it’s a place where people rent their homes,’ according to LEG Chief Executive Officer Thomas Hegel. It’s also the German state with the highest GDP, according to German state data. Meanwhile, Swedish property developer Balder expects to buy three major mixed-use assets in Stockholm, valued at SEK815m, or €95m from Fabege, by buying the companies that own them. The purchase will include the 13,700m2 Skeppshandeln 1 hotel, office and retail project which is already fully let though construction is not thought likely to be completed until the second quarter of 2014. ‘The properties have a considerable focus on hotels, stores and housing units,’ said Fabege’s Director of Business Development Klaus Hansen Vikstrom. However, the story may not be as simple as it appears. When LEG was floated in late January this year, it’s possible that it served as a repository for safe haven investors buying company shares rather than directly investing in property and there was debate as to whether the company’s shares were overvalued compared to its peers or in the light of its portfolio. If this were the case to too great an extent, LEG could be showing the way to a new, pan-European property bubble wherein investors from Eurozone countries with struggling economies move their money to safer, more prosperous Euro members like Germany. This would be a reversal of the trend pre-2008 in which small-scale investors from prosperous Euro countries were induced to invest in property in less prosperous ones like Spain and Ireland. The realization that ‘the resourceful rich just move their money to banks in northern Europe and avoid paying,’ in the words of Professor Peter Bofinger, advisor to Angela Merkel, lies behind a drive in Germany to levy a tax against the rich citizens of Europe’s poorer countries, potentially having a restricing effect on the flow of ‘safe haven’ money. Along with Germany, Sweden is one of Europe’s more prosperous economies. The sale of major properties there may be less significant than the fact that the properties themselves are already let before completion. Compare the situation in Dubai, where major skyscraper projects had to be shelved recently because of a lack of lettings. The Swedish situation at least doesn’t seem to be caused by a reversal of the pre-2008 flow of money. Paradoxically though, Sweden tops the list of countries that may be headed for a property crash, according to German bank Commerzbank. ‘The property booms in Sweden and Finland appear to be nearing their end, and we should soon see a price correction,’ the bank said in a statement in April. Written by Les Calvert – overseas property reporter Taylor Scott International