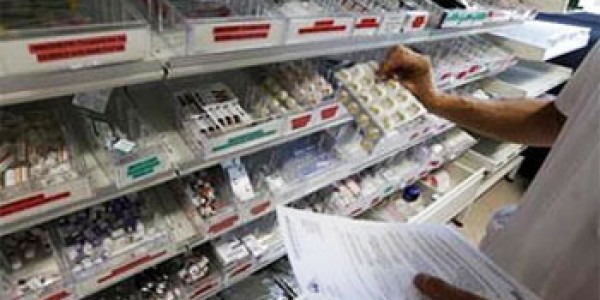 Medicines go cheaper from today Asma Ali Zain / 6 June 2013 More than 6,600 drugs to treat chronic conditions such as diabetes and hypertension will be up to 40 per cent cheaper from today — taking the country’s pharmaceuticals from one of the most expensive in the region to one of the cheapest. The UAE Ministry of Health said on Wednesday that prices of 6,632 medicines would be cut from between 1 and 40 per cent. The move would benefit needy patients the most, especially diabetes, hypertension and heart patients, numbers of which were high in the country, officials said.   A boost for patients   A diabetes patient who now pays between Dh250-300 a month on medicines can save up to Dh40 per month — or nearly Dh500 per year, according to industry experts.   “This difference is quite beneficial in the long term,” said Dubai’s Zulekha Hospital Director of Operations Dr Kishan Pakkal.   “People used to say that you cannot afford to fall sick here, now with lower medicine prices, choices will be greater,” he added.   Experts also said that the price difference would particularly affect Asians who prefer to buy cheaper drugs from their home countries. The lower prices, in turn, will boost local consumption and benefit manufacturers indirectly.   According to a statement issued by Frost & Sullivan in February, the move will also be beneficial for the local pharmaceutical drug manufacturing industry as there will be generic options available for both chronic and acute diseases.   “However, the real beneficiary will be the patients — both local citizens as well as the expats,” said Dr Ajay Kumar Sharma, Associate Director, Pharma and Life Sciences Practice, Frost & Sullivan.   “This price reduction will promote Asian expats to purchase medicines locally rather than buying it from their home country as there will be marginal price difference. Additionally, this will boost the local consumption and (offset) the price decrease by increased volumes for the manufacturers,” he added. However, individual pharmacies, local agents and mostly international drug companies will get a fair share too. A new price list for drugs has been issued by the ministry which has also put in place a new inspection and control procedure system. The new pricing system that was approved by UAE’s federal Cabinet in February this year has made medicines in the UAE the most affordable in the region, said ministry Assistant Undersecretary for Medical Practices and Licensing, Dr Amin Al Amiri. Price adjustments have been done by pegging the import price to the US dollar and unifying it across the GCC. A total of 7,053 medicines are currently registered with the ministry. Dr Amiri said the system would encourage investment in the pharmaceutical sector in the country. “A study done in five GCC countries showed that medicine prices were the highest in the UAE…with the new prices, 60 per cent of the medicines in the country will now be cheaper than elsewhere in the region,” he said. At least 319 medicines available for hypertension and heart diseases will be available for up to 41 per cent less. Likewise, a cut of between 1 and 47 per cent will apply to 156 diabetes drugs, Dr Amiri said. A 15 per cent profit has been fixed for private pharmacies by cutting customs insurance freight (CIF) charges. Since 2010, pharmacies have been earning only six per cent profit. Dr Amiri also said that the system will support small private pharmacies, prevent smuggling of drugs among GCC countries, discourage people from bringing medicines from abroad and reduce citizens’ complaints about the high prices of medicines. Dr Yacoub Haddad, who represents Phrmag (Pharmaceutical Research and Manufacturers Association Gulf) said that the most important thing was that patients would be able to afford latest medicines at reasonable prices. “This has been made possible through (pegging the price of medicines to the US dollar),” said Dr Haddad, adding that Phrmag had been in talks with the ministry for 18 months before a suitable system was worked out. – asmaalizain@khaljeetimes.com Express medical fitness centre in Karama A new medical fitness centre that can accommodate over 2,000 people per day has opened in Al Karama. The centre, which will be operational from June 9, provides express medical fitness services and is spread over an area of 20,000 square feet featuring a VIP lounge, a kids play area, two coffee shops, a reading area and is equipped with state-of-the-art medical facilities. “The centre provides express medical services which include three options that customers can choose from; within 4 hours, 24 hours or 48 hours. The centre is located in the heart of Karama and will be convenient for the people living in the vicinity,” said Maisa Al Bustani, director of medical fitness at Dubai Health Authority. The centre is located near the Emirates Post office in Karama and will be open from 7.30am to 9.30pm Sunday to Thursday. The Al Satwa Medical Fitness Centre, which had a capacity of accommodating 700 clients per day and also offered express services exclusively catering to female clients, has been closed temporarily for renovation. “We will expand the centre and are carrying out some renovations as it is one of the oldest medical fitness centres in the emirate. In the meantime, clients can use the Karama medical fitness centre, which is three times the capacity of the Al Satwa centre and it also provides express services.” Al Bustani added that female clients can go to the Rashidiya medical fitness centre that caters exclusively to ladies with complete female staff or they can choose any of the other medical fitness centres in their vicinity.   Taylor Scott International