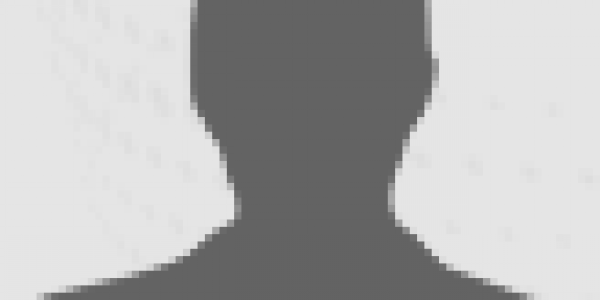 Source: Thu, 23 May 2013 12:31 PM Author: Valerie Gwinner Tree planting by smallholder farmers in Cameroon could boost on-farm timber production and help avert forest destruction. Photo courtesy of Ollivier Girard/CIFOR. Smallholder farmers in Cameroon fell the trees in their fields simply to raise quick cash – but the practice could point to a new and sustainable way to make a living, according to forestry researchers. “What farmers don’t realize is that, collectively, they are now the biggest suppliers of the domestic timber market,” said Valentina Robiglio, lead author of a collaborative study by the Center for International Forestry Research (CIFOR) and the Partnership for the Tropical Forest Margins (ASB) that looked at the ways Cameroonians integrate agriculture and small-scale logging. In selling timber from the trees in their fields, farmers are mainly just being opportunistic, despite having a good position in the value chain, Robiglio noted. “They may sell several trees each year to make some extra money, to pay school fees, for example,” she said. “But the farmers do not consider trees as an investment or resource that needs to be managed sustainably.” The domestic timber market in Cameroon is booming. Demand nearly tripled over the past decade, far outpacing the supply from the formal sector. Indeed, 80 percent of the timber traded in the capital city, Yaoundé, comes from the informal sector, according to a 2011 report by the present study’s co-authors, CIFOR scientists Paolo Cerutti and Guillaume Lescuyer . Most of this timber is sourced from the country’s central region, where farmers practice shifting cultivation: after clearing land, they grow staple or cash crops for a short period, then leave the land to fallow for several years so that it can recover its fertility. “Farmers don’t see themselves as timber producers and don’t realize that they could negotiate higher prices for their timber,” Robiglio explained. “It’s as if the farmers are not only supplying but also subsidizing the internal market.” The timber used to supply domestic demand comes from the same small range of tree species also used by large-scale logging companies for the export market, but it is not kiln dried, it is roughly cut and only follows broad dimensional standards. Although demand is high now, further research is needed to determine what might happen if farmers negotiated better prices for their timber, how elastic demand would be or how price increases might affect demand for particular tree species and the preservation of their natural diversity. The study by Robiglio, Lescuyer and Cerutti provides a detailed analysis of timber stocks and timber harvesting according to different land uses within the region’s shifting cultivation system. Their findings indicate that most of the trees are cut from annual crop fields (43%) and fallows (30.5%), with a smaller proportion (13%) coming from cocoa agroforests. Central Cameroon is a major region for cocoa production, which is expanding due to rising cocoa prices and government investments aimed at doubling national production by 2015. The types and abundance of trees also vary by land use: shade trees are more prevalent in cocoa agroforests, and multiple-use trees – those that can supply food, fuel, fabric and more – dominate in fallow and agricultural areas. “The study confirms how smallholders manage different systems with multiple livelihood strategies and sources of income,” Robiglio said. “It points to the importance of not looking at logging and timber management through a sectorial approach, but rather understanding how the agricultural and timber systems are integrated.” Ninety percent of the farmers interviewed for the study reported a decline in the number of trees. This trend is likely to accelerate with agricultural expansion and intensification, the introduction of crops that require more sunlight and the wider use of chainsaws to clear land. Nevertheless, the researchers found that farmers are interested in planting and managing trees on deforested land. “The situation is ripe for strategies that could further encourage farmers to shift from opportunistic exploitation to a type of timber management that could sustain their livelihoods on the long term,” said Cerutti. Tree planting and enrichment schemes could boost on-farm timber production and help avert deforestation, the authors suggest – but this would mean giving farmers better access to technologies such as improved seed, and teaching them how to produce seedlings for high-demand species or to domesticate local ones more effectively. New policy options also are needed to overcome the barriers to on-farm timber production. “Trees take many years to reach maturity, so farmers are reluctant to invest in them if they’re not sure they’ll be able to claim the benefits,” Cerutti said. If farmers are to get the most from their forest resources, regulations must cross the boundary between the forestry and agricultural sectors to address land tenure, logging rights and control over tree resources, the researchers argue. Given the Cameroonian government’s strong support for agricultural development, measures to combine agriculture and timber production could build on the close association between small-scale logging and agricultural land use. “Smallholder farmers should be targeted as the main actors in an integrated system that is not only more sustainable but could also be useful for informing on-farm timber initiatives in other countries,” Robiglio said. Taylor Scott International