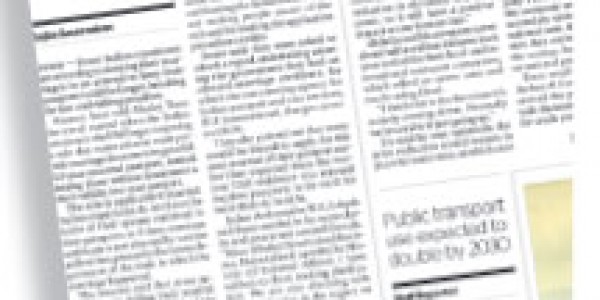 KT Impact: Indian mission eases passport rule Sajila Saseendran / 12 June 2013 Married Indian expatriates in the UAE will not be denied 10-year passports even if they do not prove their marriage at the time of passport renewal, the Indian Embassy in Abu Dhabi has declared following a Khaleej Times report. The move is expected to benefit many blue-collared Indian workers. The embassy’s announcement on Tuesday came after a KT report on June 2 exposed a rule under which married applicants were forced to settle for short validity passports if they failed to produce a duly attested marriage certificate. Officials were specifically asking for attestation from the home department of the state where applicants’ wedding took place. The report revealed that some applicants started denying their marriage when they were told that they would be issued passports valid for only two years, instead of a full validity of 10 years, due to this rule. Also, several applicants had to pay Dh30 extra to BLS International, the outsourcing agency for Indian passport and visa services, for typing an undertaking to be attached with their application. The undertaking was to assure the authorities the submission of attested marriage certificate by the time of their next passport renewal. After a thorough investigation into the issue, the Indian Ambassador to the UAE, M.K. Lokesh, said that the rule was “enforced by the Indian Consulate in Dubai without consulting the Embassy”. “The consulate [officials] had verbally instructed the BLS staff to implement the rule. They have been told to stop it…We are taking corrective measures,” he said. The ambassador said the consulate had been asked to revert to the old system and not limit the validity of the passports based on applicants’ marital status. “It shouldn’t be the case. We ask for proof of marriage only when applicants wish to endorse the name of their spouse. If they don’t, we leave that [column] blank.” However, when indicated that this paper is in possession of a similar complaint from an applicant in Abu Dhabi, Lokesh said he did not wish to talk about individual cases which may have entirely different background. Nevertheless, the Ambassador said the employees of BLS have been instructed not to ask for any undertaking related to submission of attested marriage certificate. According to sources, several hundreds of applicants have already submitted this undertaking, having paid extra money to the service provider. “There is no such requirement. As per the passport rules, an applicant wishing to endorse the spouse’s name has to produce either a duly attested marriage certificate or a joint affidavit sworn before a court in India. If people cannot get the marriage certificate attested by the home department, they have the option of producing the joint affidavit from the court.” In a statement issued to the media, the Embassy clarified that there has been no change in rules regarding the process of updating marital status in Indian passports. “Applicants can update change in personal information, including marital status after marriage or divorce, if any, in their passports by applying for Inclusion / Deletion of Spouse Name Service along with duly attested copies of Marriage Certificate / Divorce Decree issued by the Indian authorities concerned in centres of BLS International, outsourcing service providers of Indian Embassy / Consulate.” “Applicants, in case choose to update change in their marital status at the time of re-issue of passports after expiry of its validity, can also do it by submitting duly attested copies of Marriage Certificate / Divorce Decree by the Indian authorities concerned along with the application for re-issue of passports.” “In case requisite documentary proof is not enclosed along with application, the re-issued passports will continue to reflect marital status as per entries in the previous passports, notwithstanding change in status of the applicants.  However, the above will not have any effect on the validity of thus re-issued passports which is normally 10 years subject to fulfillment of other conditions.” “Indian nationals are advised to endeavour to keep updated personal information, including marital status, in their passports to avoid any inconvenience,” the mission said. The Embassy also provided the link http://www.indembassyuae.org/drupal/MiscellaneousPassport for detailed information on process to apply for Endorsement of Spouse Name. In certain urgent or emergency cases, it said, passports are issued for short validity of six months or more but less than the normal validity of 10 years. “In such cases, the remaining validity of the passport could be granted without payment of additional fee as the fee for 10 years is collected at the time of issue of short validity passport.” Some applicants, who had to settle for short validity passports due to the rule that drew flak, welcomed the decision to abolish it. They said it would ease things for several applicants, mainly the workers who were finding it difficult to produce duly attested marriage certificates. sajila@khaleejtimes.com Taylor Scott International