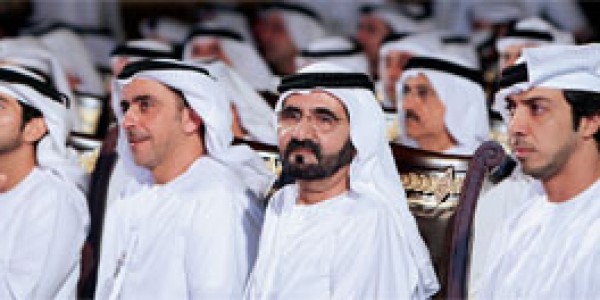 Govt of future is innovative: Shaikh Mohammed (Wam) / 23 May 2013 His Highness Shaikh Mohammed bin Rashid Al Maktoum, Vice-President and Prime Minister of the UAE and Ruler of Dubai, on Wednesday announced the post e-Government era with the launch of the Mobile Government (m-Government) initiative, marking a significant breakthrough in the delivery of government services to the public through their mobile phones, anywhere and round-the-clock. Emphasising the need to focus on measures to further enhance government services, Shaikh Mohammed called for creative efforts to provide services on par with global standards, adding that an innovative government thinks ahead and breaks the routine to become No 1. Courtesy: Youtube.com/Sheikhmohammed.ae “We are embracing the most modern concept in innovative government by moving towards the delivery of government services through mobile phones. We have one of the best communication infrastructures in the world today, with mobile phone subscribers in the UAE reaching 14 million, which represents an average of two mobile phones per individual,” said Shaikh Mohammed. “The objective now is to relocate customer service centres into every customer device, enabling them to obtain their desired service through their mobile phones anywhere and at any time. A successful government reaches out to the citizens rather than wait for them to come to it,” he added. ‘Govt of future is innovative’   em-Government: Twitterati respond enthusiastically Staff Reporter The government of the future is innovative and adaptive. It improves the quality of life and helps people achieve their happiness, tweeted His Highness Shaikh Mohammed bin Rashid Al Maktoum, Vice-President and Prime Minister of the UAE and Ruler of Dubai. Shaikh Mohammed posted on social networking site Twitter on Wednesday, after launching the m-Government project with an aim of providing all government services via smart phones. “Met with around 1,000 government officials today and announced our vision for the government of the future. The government of the future works 24/7 and 365 days a year. It is as hospitable as hotels, fast in delivering and strong in its procedures. We started working on this vision. Through m-Government, we aim to reach people instead of them reaching us. Through their smartphones we can make their lives easier. Our deadline for the m-Government project is two years. We will never tolerate any failure in achieving this goal,” read the tweet. Shaikh Mohammed emphasised that the new initiative aims to consolidate the UAE’s position in e-services delivery to be on par with international best practices. Shaikh Mohammed’s followers on Twitter and Facebook responded enthusiastically to the posts on his social networking websites. Most respondents said that the new services would definitely cut down on paper work and make things faster and easier for them. One of his followers on Facebook, Hatim Fathulla, said: “Another milestone is set in the progress of the UAE. Can you imagine having a visitor’s visa on your mobile or be able to renew the EmiratesID on m-portal.” Another follower Abdulla Altenaiji said: “Leadership of your highness should be transferred to next generations via implementing your vision into UAE education system. Being loyal Emarati, am really proud of your leadership. The UAE’s bright future has already been written.” – news@khaleejtimes.com Shaikh Mohammed emphasised that the new initiative aimed to consolidate the UAE’s position in electronic services delivery to be on par with international best practices. “In 2000, we became the pioneers in the region and the seventh in the world to launch the e-Government project. Now we have taken a more significant step by launching the m-Government,” Shaikh Mohammed said. “Our role as a government is to make the life of our citizens easier and ensure they are happy and satisfied. We need to reach all the community segments and provide them with the best possible service,” he added. Shaikh Mohammed directed all federal and local government entities to provide innovative services in easy-to-use format through mobile phones within 24 months, reiterating that the government has the resources to accomplish this mission effectively and efficiently. The new initiative aims to encourage government entities in the UAE to offer innovative services through mobile phones, portable devices and text message applications to ensure access to government services 24/7. Services under the initiative will be delivered in a highly efficient and transparent manner to meet the needs and expectations of customers, enabling them to benefit from communicating with government entities from anywhere. This is in line with the directives of the government to develop services and achieve a high quality of life for UAE nationals and residents according to the Vision 2021. The Mobile Government initiative was launched at a forum organised by the UAE Government with the participation of more than 1,000 government officials. This followed the directives of Shaikh Mohammed, during the Government Summit held recently in Dubai, to develop government services to make them more convenient for the public. The Mobile Government Forum looks forward to raising awareness among government entities to take advantage of mobile phone services by adopting innovation and the best technologies in the field to offer the highest level of services comparable to the private sector by sharing experiences with other outstanding entities in the world. In a quick response to the initiative, the Information and Communication Technology (ICT) Fund, an initiative of the Telecommunications Regulatory Authority, announced an allocation of Dh200 million in support of the mobile phone applications. The ICT will offer technical assistance and advice. Taylor Scott International