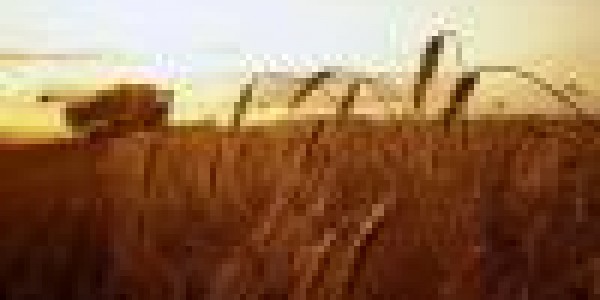 Britain’s biggest farm management company is branching out into agricultural investment in Romania, believing eastern Europe offers far more fertile opportunities than those at home. The privately owned Velcourt, which manages 50,400 hectares of arable and dairy farms in the UK for 81 clients, has set up a joint-venture with Mintridge International, a farmland acquisition company focused on Poland and Romania. The pair plan to tap into resurgent demand for farming investment, boosted by rising food prices, that cannot be met by opportunities in Britain. “The UK farmland market is very mature and illiquid,” said Velcourt chief executive James Townshend. “Less than 0.5pc of UK farmland is sold in any one year, so opportunities are very limited and yields are only 1pc-2pc.” Mr Townshend, who has been with Velcourt for 35 years, is married to Charlotte Townshend – one of the UK’s wealthiest landowners, whose estate includes 40 acres around London’s Holland Park and Chesil Beach in Dorset. She has an estimated fortune of about £300m, and is the only person in Britain apart from the Queen who is entitled to own swans. Mr Townshend said he saw “double digit” returns in Romania both from the farming operations and the uplift in land prices. “We’ll get the returns in two ways,” he said. “We’ll ramp up productivity and reduce costs and there’s potential for very profitable agricultural operations with good soil quality. “Then there’s the land arbitrage. Consolidating a large number of indigenous landowners with small plots into one larger block with proper irrigation and crop storage will increase land values, which will rise anyway over time.” He believed that “over six or seven years”, the value of Romanian farmland could rise from the current €2,700 (£2.365) per hectare to Poland’s average of €6,500 to €7,000. “In East Anglia it’s €30,000 a hectare,” said Mr Townshend, noting UK farmland was “fully priced”. The new Bucharest-based joint-venture company, Velcourt SRL, has modelled an initial €14m investment that is targeting an 18.7pc return. It envisages buying 4,450 hectares, each at €2,700 or less, and improving irrigation and storage. By the time an investor exits eight years later, Velcourt envisages land values will have risen to €9,500 per hectare. The model assumes drought in years two and five. Mr Townshend said land had been identified, with a typical investor likely to be “family offices or private equity”. Velcourt is also the UK’s largest manager of dairy farms, spanning 10 businesses and 5,000 cows. But it will focus on arable farming in Romania, notably maize, wheat, sunflowers and oilseed rape. Velcourt was formed in 1967 and made pre-tax profits of £4.56m in 2011 – its latest accounts – on sales of £35.3m. It takes a share of the profits of the farms it manages, whose collective turnover would be close to £100m. Mr Townshend owns more than 20pc of the business. The company has previously invested in Russia, though returns were hit by the collapse of Lehman Brothers in 2008, which knocked asset values everywhere. “Demand for farm investment is not back to 2008 levels but it is getting there,” Mr Townshend said, noting that “there are a number of vehicles in the offing” aimed at agricultural investors. That is on top of established ventures such as Rabo Farm – a subsidiary of Rabobank. He said Velcourt could “take a 10pc stake in the initial investment” in Romania but would not be drawn on whether his wife would invest. “That would be a decision for her,” he said. Taylor Scott International