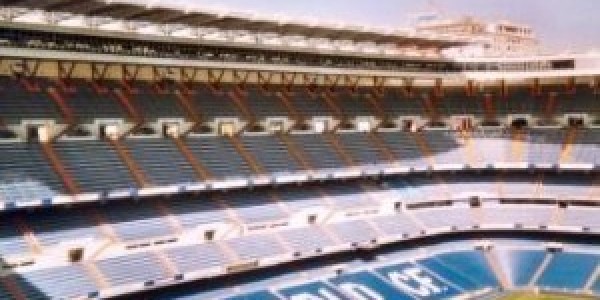 Emirates – one of the fastest growing airlines in the world – has announced a massive shirt sponsorship deal with Spanish giants Real Madrid.The company, which has played a major part in helping Dubai International Airport to become the second busiest on the planet, confirmed that its logo will appear on the team's famous white shirts for the next five seasons.Indeed, some of the world's best players, including Portuguese sensation Cristiano Ronaldo, Spanish defender Sergio Ramos and German international Mesut Ozil will have 'Fly Emirates' written on their chest during training sessions and when they play in matches.This is the latest in a long line of lucrative football sponsorship arrangements for Emirates, as it has already struck deals with Arsenal, Paris Saint Germain, Hamburg, Olympiacos and AC Milan.As part of the Real Madrid tie-up, the airline will benefit from more high-profile branding at the club's Santiago Bernabeu stadium.Emirates had already nurtured a strong relationship with the Madrid side, but chairman and chief executive of the organisation Sheikh Ahmed bin Saeed Al Maktoum said this announcement takes the partnership “to a whole new level”.”Aligning ourselves with an international powerhouse like Real Madrid helps to amplify our brand message by creating more meaningful connections with sports fans around the world,” he remarked.”In this case, we are engaging with one of the largest fan-bases in the world.”There is no doubting Real Madrid's pedigree and they are undeniably the most successful club in Europe.Not only have they won 32 La Liga titles and 18 Spanish 'Copa del Rey' trophies, they have also lifted the European Cup on a record nine occasions.The club will remain under the spotlight in the coming months, as current coach Jose Mourinho looks set to leave and there has been plenty of debate about his successor, with Paris Saint Germain manager Carlo Ancelotti said to be one of the favourites.Madrid have also been heavily linked with a move for Liverpool striker Luis Suarez in the last few days.Regardless of what happens, there is little doubt that the link between Emirates and one of the biggest football clubs on earth will be great PR for Dubai. Taylor Scott International