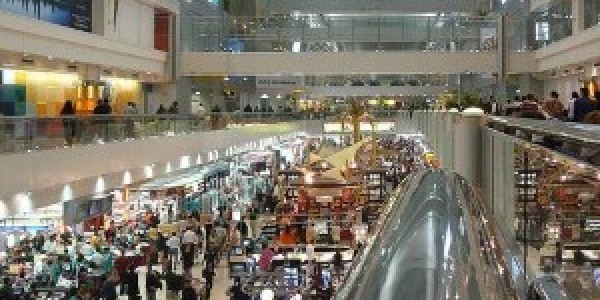 Dubai has retained its status as an important global retail hub, as a new study confirmed it is streets ahead of other renowned shopping hotspots like Paris and New York.CBRE's latest report – entitled How Global is the Business of Retail? – suggested the UAE-based city only plays second fiddle to London when it comes to worldwide “hot markets”.Dubai has attracted some of the most famous and exclusive brands in the past few years, which is hardly surprising given the emirate's incredible reputation.Indeed, the city is home to the largest malls on the planet and it is also a playground for the rich and famous, so there is always a stream of wealthy holidaymakers looking to add expensive new items to their wardrobes.Global retailers are well aware of this and the CBRE research indicated that Dubai is still the highest ranked target market for brands that are looking to increase their presence in the Middle East.In total, 25 new retailers launched outlets in Dubai for the first time in 2012, including established names such as Franklin & Marshall, Galvanni and Cheesecake Factory.Managing director of CBRE Middle East Nicholas Maclean said Dubai's status as a family-friendly tourism destination also makes it an appealing location for retailers to open stores.”The doubling of its visitor numbers to ten million per annum in 2012 and its commitment to double these numbers again by 2020, makes the emirate highly attractive for existing and new retailers,” he remarked.There is every chance that Dubai will remain near the top of CBRE's future retail hotspot lists, as a multitude of well known firms have outlined their intention to take advantage of the lucrative Middle Eastern market in the next few years.Leaders of UAE conglomerate Majid Al Futtaim recently revealed that US clothing manufacturer Abercrombie & Fitch has agreed to open its very first Dubai-based store in 2014.It is yet to be confirmed exactly where the company may locate its store, but there is every chance it will be in one of the city's main malls. Taylor Scott International