Dubai ‘is the destination of choice for cruisers’ 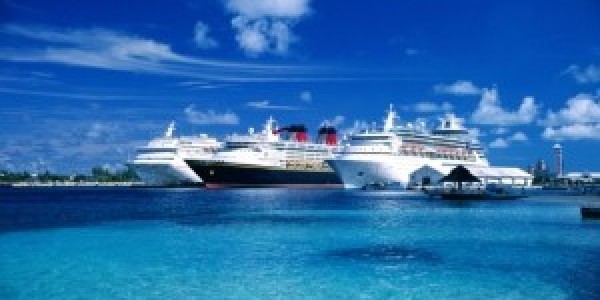 Dubai is the holiday destination of choice for people embarking on a cruise tour, it has been claimed.Ahmad Belhoul, chief executive officer of strategy and tourism sector development at the Department of Tourism and Commerce Marketing in Dubai (DTCM), said the city was inundated with cruise passengers in 2012.”We received 105 ship calls carrying almost 408,000 visitors and expect this figure to increase to more than 420,000 from 110 ship calls this year,” he remarked.”This will continue to increase in 2014 and 2015 with an annual growth rate that is in line with the projected global cruise tourist growth of three per cent.”By 2015, Mr Belhoul expects the emirate to be accommodating more than 450,000 passengers.Dubai is already the home port for four luxury cruise liners and it features heavily in the itinerary of 20 of the world's leading companies, which reiterates just how high cruise companies rate the city.Mr Belhoul's comments came shortly after the renovated luxury liner Mariner of the Seas made its first call into Dubai.The DTCM had put on a special welcome party to mark the appearance of the Royal Caribbean International-owned vessel.But why is Dubai such a popular stop-off for cruise passengers?Mr Belhoul thinks this is down to a combination of factors. He suggested that shrewd investment, meticulous planning and Dubai's world-class infrastructure stand it in very good stead.He also stressed how the city's reputation as a holiday hotspot has given the cruise industry a significant boost.Dubai attracts millions of holidaymakers every year and you only have to look at the amazing rise of Dubai International Airport to see how busy the sheikhdom has become.Some 66 million people are expected to fly into the aviation facility at some point this year and many of these passengers will spend a number of days relaxing on one of Dubai's stunning beaches and making the most of the city's seven-star hotels and resorts. Taylor Scott International