Dubai International ‘is the world’s leading A380 hub’ 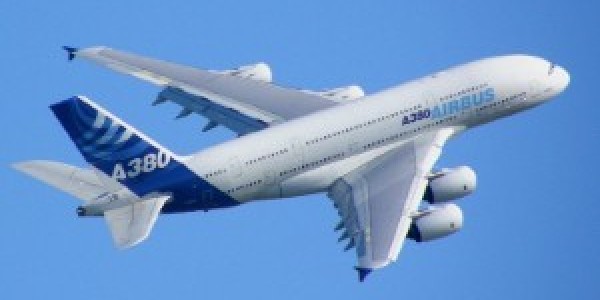 Dubai International Airport has been officially confirmed as the world's leading hub for A380 aircraft.The double-decker planes have revolutionised air travel and it seems that the UAE has embraced the vessels faster than any other destination across the planet.New schedule figures have shown that 7,259 of the aeroplanes left Dubai's main airport on journeys to 28 different locations in 2012 and all but 88 of these flights were laid on by Emirates Airline.Dubai International beat second-placed Singapore in the rankings and was also ahead of London's Heathrow, Frankfurt and Sydney.Chief executive officer at Dubai Airports Paul Griffiths said the recent expansion of the airport highlights its commitment to housing A380 aircraft. He suggested that the grand unveiling of the new Concourse A was a real signal of intent from Dubai International.”This new facility is purpose built for the aircraft with two-tiered gates facilitating boarding directly from the first and business class lounges,” he remarked.Although other airports, such as Charles de Gaulle in Paris, New York's JFK, Hong Kong International and Los Angeles have all facilitated an impressive number of A380 planes over the past year, Mr Griffiths feels Dubai International will continue to lead the way.”Based on Emirates' order book, the new Qantas A380 operation and our $7.8 billion expansion plan, Dubai International is well placed to continue to hold the top position for A380 operations in 2013 and beyond,” he added.Last month, the aviation hub was officially declared the second-busiest on earth, behind only Heathrow. This was based on passenger numbers from 2012 and the start of 2013.Some 10.6 million people passed through the Middle Eastern airport in the first two months of 2013, which was a 13 per cent improvement on the corresponding period in 2012.This was enough to see Dubai International overtake Charles de Gaulle in the rankings and Mr Griffiths thinks the airport is in a strong position to take the number one spot from Heathrow in a few years' time.