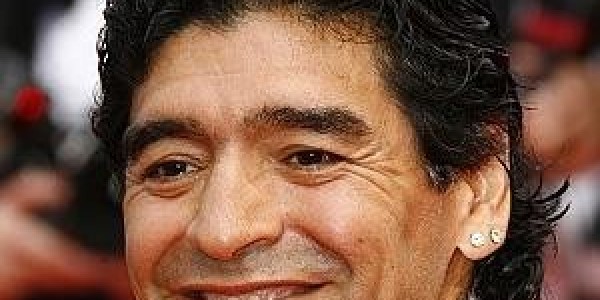 Most people who move to the UAE find that the lifestyle suits them down to the ground – and this is certainly the case for Diego Maradona.The footballing icon relocated to Dubai a couple of years ago, as he took on a managerial role at Pro League club Al Wasl.He has since left this position, but has stayed in the city after being appointed a sporting ambassador.The Argentinean told Arabian news provider Al Ittihad that starting afresh in the Middle East has really helped him to settle down, as his life had been like a “a Formula One [car] going at full throttle” before he moved.”I learnt about calm and spiritual peace from the Emiratis in particular and the Arab people in general,” he was quoted as saying.”I am now experiencing this wonderful tranquillity. Living here among the Arabs has changed a lot of my ideas and beliefs and this has been a very important experience in my life.”His one-year deal with the Dubai Sports Council is due to end in August, but Maradona has indicated that he could well stay in the Gulf.He hailed Dubai as a “brilliant city” and said he has never regretted his decision to move to such a “unique place”.Population statistics confirm that more and more people are moving to Dubai on a permanent basis and this is certainly no surprise.The city has everything that you could possibly want, especially if you have a bit of money to spare.Some of the villas and luxury apartments in places like Dubai Marina need to be seen to be believed and the warm weather is an obvious bonus for people who have grown sick of the freezing cold temperatures in places like the UK.Clearly, it is not just the great Diego Maradona – one of the finest footballers of all time – who is enjoying life in the wonderful surroundings of Dubai.