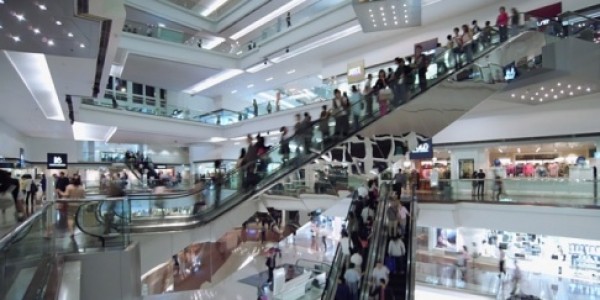 Total number of mainland malls expected to jump 40 per cent to more than 4,000 by 2015. Wednesday, 22 May, 2013 [UPDATED: 5:09PM] [font=’Arial Black’, ‘, Arial, Helvetica, ‘, ‘Nimbus Sans L’, ‘, sans-serif} ‘] jeanny.yu@scmp.com [/font] Malls like Festival Walk in Kowloon Tong will be the benchmark for ARA Private Funds, which wants to invest in malls that can service China’s rapidly growing middle class. Photo: SCMP Shopping malls will surpass office and residential space as the most profitable type of property investment in China over the next two to five years, thanks to the nation’s booming middle class and its fast-growing income, says a property investment firm partly owned by Asia’s richest man, tycoon Li Ka-shing. “District shopping centres with a gross floor area of 1 million square feet or bigger, and a high footfall will offer the biggest upside with limited risks for private funds in the coming years in the mainland,” said Ng Beng Tiong, ARA Private Funds chief executive. Ng, a former investment banker, is targeting an internal rate of return of 20 per cent by building and operating shopping malls in the mainland through the newly-raised US$441 million Asia Dragon Fund II. HSBC forecasts that another 93 million Chinese households will join the middle class by 2015, while the China Chain Store and Franchise Association separately expects the number of mainland malls to jump 40 per cent to more than 4,000 by 2015. However, not all of these new malls will provide decent returns, so real estate funds will have to be highly selective, Ng said, warning that the presence of luxury brands did not guarantee fat margins. “We don’t go for malls that are full of Guccis and LVs (LVMH luxury goods), but (for) the ones that serve the daily needs of a large catchment of residents and office workers,” Ng said, citing its Asia Dragon Fund I’s Dalian shopping mall and the Festival Walk in Hong Kong’s Kowloon Tong as references. Of the two private funds closed last year, Ng plans to invest up to 70 per cent of the US$441 million Asia Dragon Fund II in China, of which over a half would go to shopping malls that serve the growing middle class. “It is the middle income group that is growing faster in terms of their wealth and buying power, which translates into a very strong fundamental support for shopping malls”, he said. The firm, in which Cheung Kong holds a 14 per cent stake, is looking to expand its footprint to key tier-two cities, such as Hangzhou, Suzhou, Guangzhou, Shenzhen, Chongqing, Chengdu and Wuhan. It already had projects underway in Shanghai, Beijing, Dalian and Nanjing, he said. By 2015, the retail market would double in China’s key tier-two cities, according to HSBC research, and shopping malls would account for 74 per cent of the retail market in these cities, up from 51 per cent currently. Singapore-based ARA managed around S$22.1 billion (US$17.6 billion) of assets as of the end of last year, according to its annual report. The company is an affiliate of the Cheung Kong Group and apart from its private fund business, it also runs some of Asia’s most popular REITS (real estate investment trust), including Hui Xian REIT and Fortune REIT. Taylor Scott International