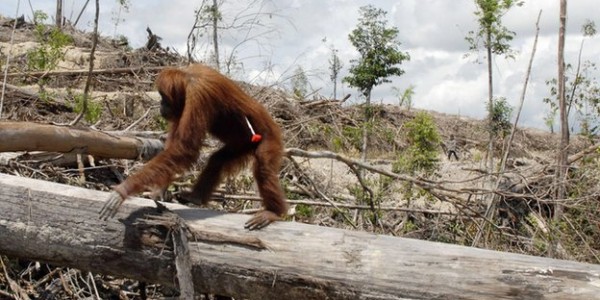 By Roger Harrabin Environment analyst The felling of natural forest for palm oil plantations has enraged campaigners looking to protect orangutans MPs have agreed new subsidies for burning wood and plants in the UK’s power stations. An all-party scrutiny committee agreed new payments for renewable energy – including palm oil. This commodity is blamed for creating more greenhouse gases than it saves, and for destroying the rainforest habitat of orangutans. The government says biofuels are needed to help keep the lights on and to meet greenhouse gas emission targets. Environmentalists are also concerned at new subsidies for burning wood pellets in power stations. They say the huge scale of imported wood is unsustainable. Oxfam’s policy adviser Tracy Carty said the MPs’ decision made no sense because it would only increase the burning of harmful biofuels in UK power plants. “Biofuels, like palm oil, produce more carbon emissions than they save, fuel land grabs and increase global food prices,” she said. “Germany and The Netherlands have decided to remove these types of subsidies and it’s high time the UK did the same. The UK government needs to seriously reassess its bankrolling of biofuels, and take a lead in securing an end to harmful EU biofuel targets this year.” Taylor Scott International