Adec school rating to be out in July 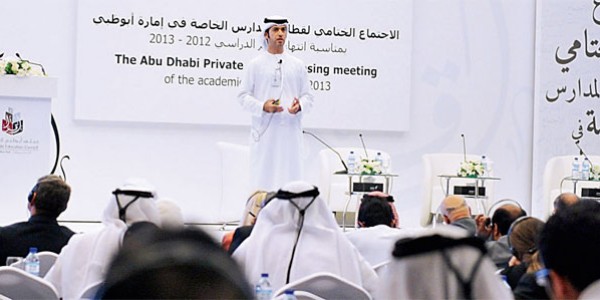 Adec school rating to be out in July Olivia Olarte-Uherr (olivia@khaleejtimes.com) / 30 May 2013 Private schools’ overall effectiveness rating will finally come to light when the Abu Dhabi Education Council (Adec) will, for the first time, make the inspection results public in July. The publication of inspection results was disclosed by Hamad Al Dhaheri, executive director of the Private School and Quality Assurance (PQSA) sector at Adec, during a meeting with private schools owners and principals in the emirate on Wednesday. Inspection of private schools, which started in 2008-2009, is being carried out once every two years and more than once when needed. The second round of inspection will be completed in June and will cover the entire 185 private schools across the emirate.  The Irtiqaa (aspiration) programme assesses the school’s performance against eight standards. These include students’ achievement and progress; personal development of students; teaching quality; meeting students’ needs through curriculum; protection, care, guidance and support of students; quality of accommodation and facilities; resources that help a school achieve its objectives; and competence of leadership and management of the school. As a result of the assessments, schools are ranked as either Band A (high performing), Band B (secure) or Band C (in need of significant improvement) based on 1-8 (excellent – weak) evaluation measures. Initial assessment results of 109 schools in December last year showed that 14 per cent of the schools were in Band A while 20 per cent were in Band B during the 2008-2009/2009-2010 (Cycle 1) inspection. In Cycle 2 (2011-2012/2012-2013), 17 per cent of schools made it to Band A while 25 per cent made it to Band B. The percentage of those in Band C or the schools unrated were not disclosed. Teaching quality, student learning and school leadership were the major shortfalls of those inspected. According to Al Dhaheri, the reason for non-disclosure of the Cycle 1 results was to give schools time to improve their performance. Between the two rounds of inspections, half of the 109 schools showed improvement in their overall effectiveness. This July, results of round two will be published and will rank schools according to Bands. Cycle 3 assessment will start in 2013-2014 and results will be announced in the summer of 2015. “(But) the results of the next inspection round (Cycle 3) will be published in detail including evaluation measures from 1-8,” Al Dhaheri said. Hatem Darwish, principal of The Elite Private School in Abu Dhabi, said inspectors will revisit his school next month. Initial assessment last year showed a safety issue and substandard quality in teaching of secondary students. As a villa school, he has no solution to the safety issue till he moved to his 18,000sqm new school in Mohammed bin Zayed City in 2014. But for the teaching quality, he took a “step forward” and provided training in English and Science for his teachers. Al Ain Juniors British System and Al Ain Juniors Indian System, both operated by AJ Group, provide quality education for mid to low-income groups. The two schools were among the first schools inspected and given a Band A ranking. Their sister school, Zakher Private School, however was in Band B. Zahid Zarosh, from the AJ Group, said this is because of the absence of an auditorium in the school. “The school was built eight years before the regulation came out … the existing school does not have that,” he pointed out. Public school inspections Public school inspections started this academic year with 11 schools. By the end of the current academic year, it is expected that 80 schools will undergo assessments. Inspection of government schools are being carried out once every three years. There are currently 265 government schools across the emirate. Taylor Scott International