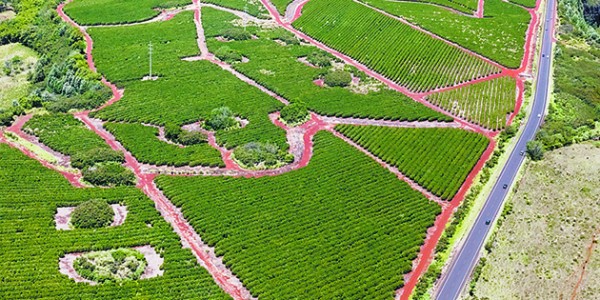 Posted Aug. 1st, 2013 by D’Arce McMillan Many countries have the potential to expand arable farmland and help meet food demand. The expectation of big harvests across the Northern Hemisphere this year is pushing down crop prices. It seems to fit with the growing perception among traders that the period of strong commodity prices that started around 2005 is coming to an end. High prices encourage commodity producers, whether they be farmers, miners, oil drillers or metal processers, to invest in producing more. Once the supply-demand situation become balanced, commodity prices fall. Also, China’s phenomenal economic growth, which focused on infrastructure development for the past decade and which required massive quantities of metal, minerals and energy, is slowing. Economies usually slow as they mature and shift from infrastructure and export growth to slower domestic consumer-led growth. As well, demographics resulting from the one child policy mean China’s population is rapidly aging. However, if you have attended any farm meeting in the past 10 years, you likely encountered pundits who said the boom in agriculture was more sustainable. The increasing prosperity of many Third World consumers would cause them to improve their diets, incorporating more protein, mostly from meat. The increasing demands on livestock production meant rising demand for feedstuffs, from corn to oilseed meal, feed wheat to distillers dried grain. The pundits said there wasn’t a lot of new land available for cultivation so this increasing food demand would largely have to be met by increased crop yields. All that still holds true. However, a new team of pundits now coming out the woodwork say that maybe the food shortage thing is a bit overstated. An agricultural symposium this month hosted by the Federal Reserve Bank of Kansas City featured several speakers who said global agriculture has lots of resources to meet the increasing demand for food. Many of the presentations are on the bank’s website at www.kc.frb.org. Ray Wyse, senior director of trading and oilseeds for Gavilon, a multinational agricultural trader, had one of the more sobering presentations. He noted that the traditional annual consumption growth from food and animal feed has not changed much over the past 30 years if you take away the big demand growth for corn and oilseeds from the biofuel industry. Government policy-driven ethanol growth in the United States has plateaued and it appears the same thing is happening in other countries. Wyse disputes the argument that there is little new land to bring into agricultural production. About 136,000 acres, almost all of it outside the United States, have been added to grain, oilseed and cotton production since 2005. He notes that current cultivated land in the former Soviet Union is 74 million acres less than it was in the late 1970s and early 1980s. That is an area about the size of the U.S. soybean crop and could be brought back into production. One of the great agriculture stories of the past decade was Brazil’s huge growth. Its arable land stands at 170 million acres, but the country has the potential to add another 470 million. Africa has huge unrealized agricultural potential, Wyse said. The Democratic Republic of the Congo has similar climate and water resources as Brazil, and it has the potential to add 200 million acres with the potential to produce three crops a year. Although yield growth has stagnated in the U.S. in recent years, the expanding application of modern farming techniques in the rest of the world is leading to annual yield growth in corn of more than 10 percent outside of the U.S. The introduction of genetically modified seeds also leads to rapid yield growth. He noted that the introduction of B.t. cotton in China raised yields by 40 to 50 percent and in India by 70 to 80 percent. There can even be profound change in North America. He noted that the development of short season corn and soybean varieties has caused farmers in North Dakota and Canada to shift away from traditional small grains into corn and soybeans and are harvesting much larger tonnages per acre. The result of all this is that there is a growing list of competitors for the global market. Ukraine, Russia, Kazakhstan have joined Brazil and Argentina, and other export powerhouses might be possible in Africa in coming decades. These countries tend to have weaker currencies than the U.S. and Canada, making their grain cheaper. Also, they have neither the storage nor farm credit systems that give farmers here the market power to match the stream of supply to demand and wait out price dips. Wyse warned that the result of all this is crop price moderation. The follow-on implication is a risk for land prices in the U.S. and in Canada, which have risen to reflect the recent grain price boom. Reading the presentations from the Kansas meeting is a little depressing, but the reaction should be prudent debt and risk management and business planning rather than panic. No one really knows how much food demand will increase as formerly poor societies in Asia advance and become more wealthy. And while there might be lots of land that is potentially available for crop production, it will require enormous on-farm investment plus astronomical investment to tie it into the global export network. Developing that land also has environmental implications. Also, we seem to be moving into a period of more variable climate, which adds another wild card to the forecast. The last few years were exceptionally good ones for North American farmers. Nothing lasts forever, but the future isn’t necessarily bleak, either. Taylor Scott International