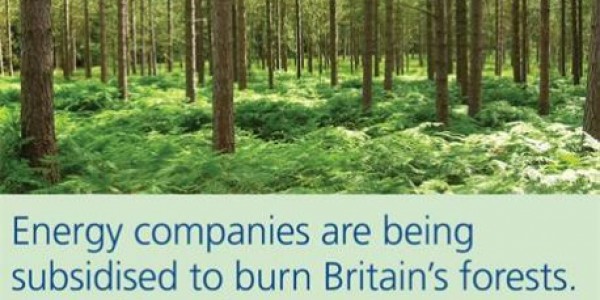 6 June 2013 Ads placed by Norbord attack biomass subsidies A wood panel maker that placed adverts campaigning against biomass subsidies has been accused of opportunism, as it continues to profit in the UK. Norbord is behind a series of ads claiming that subsidised energy generators are able to pay “more than double” the price paid by manufacturers for wood. That has driven up UK prices 60 per cent in the last five years, it claims. The biomass industry prefers to cite official statistics from the Forestry Commission showing that over the past twenty years, average timber prices have fallen by 29 to 42 per cent in real terms. Norbord’s financial results show its profits are up, increasing more than fivefold to the first quarter of 2013 from the same period last year. The Canadian-based company expects stable performance of its European business, which includes three UK factories. Richard Crowhurst, editor of Enagri BioenergyWeekly, which highlighted the figures, said: “With such a large rise in its profits and European output at a time when UK timber prices are falling and forestry investors are losing money on their day-to-day activities, the fact that Norbord Inc. is lobbying MPs and the public to oppose the use of biomass to generate low carbon renewable energy on the grounds that it raises wood prices is at best opportunistic and at worst deeply cynical.” The Norbord campaign also cites a joint report published by the RSPB, Friends of the Earth and Greenpeace last November that claimed burning biomass could be more environmentally damaging than coal. The “Dirtier than Coal?” findings were rejected by the government and widely criticised at the time for extrapolating from an unrealistic worst-case scenario. Source: Utility Week Taylor Scott International