Why Dubai is an important international trading centre 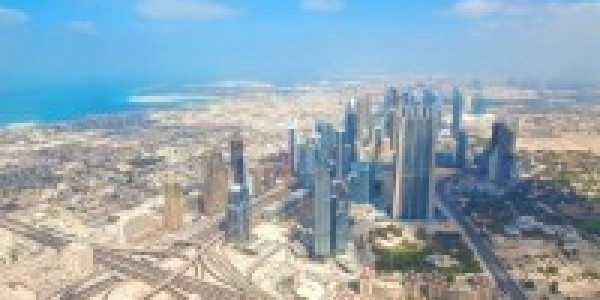 Dubai has quickly established itself as an important trading hub, with businesses from all over the world increasing their presence in the city.Figures recently released by the Dubai Customs showed that foreign trade jumped by a record 22 per cent in 2011, driven primarily by strong links with Asia, Reuters reports.The UAE as a whole completed overseas dealings worth $300 billion (AED 1.1 trillion) during the year and economists expect this momentum to continue in the near future.Dubai Customs executive chairman Ahmed Butti Ahmed told the news provider that Dubai has benefited from market openness and the city's excellent infrastructure has also made it more attractive to foreign investors.”Demand from different countries is increasing, population is increasing, needs are increasing, it's natural,” he was quoted as saying.Mr Ahmed added that the economic downturn in China – one of the world's most powerful countries – will not hinder the UAE's progress unduly.Dubai is aiming for a 4.5 per cent rise in gross domestic product (GDP) in 2013, which would be higher than the three per cent upturn reported in 2011.To put this into context, the UK recently reported modest GDP growth of just 0.3 per cent for the first quarter of 2013 and this followed on from a negative reading in the final three months of 2012. Although the UK is not as influential as China and the US, it is still a major global player and the fact the UAE's economy is performing so much better is testament to the Arab country's strength.Dubai is proving to be an important market for Japanese traders at the moment, particularly those involved in the automobile sector.Speaking to the National, Hiroki Matsumoto – managing director of the Japan External Trade Organisation in Dubai – explained why companies in the Far East see the UAE as a good place to boost their presence.”From here they can reach the entire Middle East and Africa region. Perhaps before they might have been based in Johannesburg in South Africa, but now they have moved or are moving to Dubai,” he was quoted as saying. Taylor Scott International