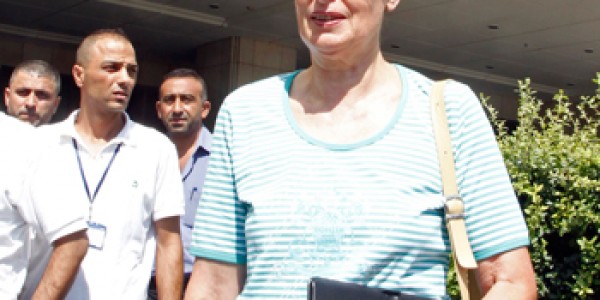 UN inspectors reach Syria gas victims (Reuters) / 26 August 2013 UN chemical weapons inspectors in Syria met and took samples from victims of an apparent poison gas attack in a rebel-held suburb of Damascus on Monday after the UN team survived a gun attack on its convoy. A Syrian doctor told Reuters from the town of Mouadamiya that investigators from the United Nations had crossed the frontline from the centre of the capital, which remains under the control of President Bashar Al Assad’s forces. The UN said the shooting crippled one vehicle but mentioned no injuries. With Western powers considering military strikes, despite vocal opposition from Assad and his Russian and Iranian allies, any evidence to support rebel claims that government forces fired gas-laden rockets five days ago that killed hundreds of civilians will be a key element in arguments for peace or war. “I am with the team now,” the doctor who uses the name Abu Karam told Reuters by telephone from rebel-held Mouadamiya. “We are in the Rawda mosque and they are meeting with the wounded. Our medics and the inspectors are talking to the patients and taking samples from the victims now.” Another opposition activist said a large crowd was growing of people eager to air their grievances to the UN team. There was a plan for the experts also to take samples from corpses. Syrian state television blamed rebel “terrorists” for the shooting, which briefly halted the convoy but failed to stop the inspectors from crossing the front line. The opposition blamed it on pro-Assad militiamen. Any delay diminishes whatever evidence the experts might recover. With speculation mounting that Nato powers might fire cruise missiles to satisfy calls for action to protect Syrian civilians, US Defence Secretary Chuck Hagel said any operation would be coordinated with allies. British Prime Minister David Cameron cut short a holiday to chair a top level security meeting. “The United States is looking at all options regarding the situation in Syria. We’re working with our allies and the international community,” Hagel told a news conference. “We are analysing the intelligence. And we will get the facts. And if there is any action taken, it will be in concert with the international community and within the framework of legal justification.” Hagel plans discussions with his British and French counterparts, a senior US official said. The French foreign minister said on Monday that Russian and Chinese vetoes in the UN Security Council may make it hard to get a UN agreement to satisfy international law. The UN said in a statement that gunmen shot at the first vehicle in the team’s six-car convoy, damaging it to the point that the team had to stop to find a replacement car. “The first vehicle of the Chemical Weapons Investigation Team was deliberately shot at multiple times by unidentified snipers in the buffer zone area,” it said. “It has to be stressed again that all sides need to extend their cooperation so that the team can safely carry out their important work.” The team of chemical weapons experts wearing blue UN body armour left a Damascus hotel where they have been based for over a week, accompanied by a car of Syrian security personnel, as well as an ambulance. At least two mortar bombs struck the area of central Damascus on Monday. Syrian state media said the mortar bombs were locally made and fired by “terrorists”. SANA state news agency said three people were wounded. Assad said accusations that his forces used chemical weapons were politically motivated and warned the United States against intervening in his country. “Would any state use chemicals or any other weapons of mass destruction in a place where its own forces are concentrated? That would go against elementary logic. So accusations of this kind are entirely political,” he told the Russian newspaper Izvestia in an interview. “Failure awaits the United States as in all previous wars it has unleashed, starting with Vietnam and up to the present day.” In Beijing, Foreign Minister Wang Yi said China supported an independent and objective investigation by UN experts into allegations of the use of chemical weapons in Syria, and urged a cautious response and a political resolution to the crisis. The experts’ mandate is to find out whether chemical weapons were used, not to assign blame, but the evidence they collect, for example about the missile used, can provide a strong indication about the identity of the party responsible. Taylor Scott International