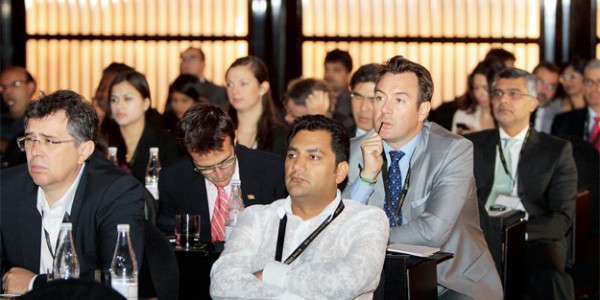 UAE a popular migrant destination: UN report Staff Reporter / 13 September 2013 The United Arab Emirates and United Kingdom have something in common. Both countries accommodate 7.8 million migrants each, according to a UN report that was released on Wednesday.   Delegates all ears at the the Global Citizen Forum in Dubai on Thursday. — KT photo by Shihab The report supported the fact that more people than ever are living away from their native land. It also stated that the Gulf oil states are perceived as one of the most attractive spots to migrate to. Coinciding with the release of this report, at the Global Citizen Forum in Dubai, 150 key industry professionals and delegates addressed issues on immigration and global citizenship. Joseph Ghossoub, CEO, Menacom Group, spoke at the forum on why, he, the 25th most powerful Arab, needed a second citizenship. Ghossoub said global citizenship here in the UAE improved his life and helped him to excel in his business. “Regardless of how influential you are in the world, we all have to abide by the rules,” he said. Shweta Iyer Bhatnagar, a 32-year-old employee of a PR company, said she moved to Dubai from Chennai four years ago “to escape to a safe place where the family is less interfering”. Sukhmani said work was monotnous back home and her family was pressuring her to get married, but she wanted to move away. “I craved independence — Dubai and the UAE is so safe for women, but also I wanted to earn so the tax-free life is the real lure.” Now, at a self-confessed “better place in her life”, Sukhmani said she has managed to save enough to deposit a downpayment for a 2-BHK flat in India. Having got married last year, her five-year plan is to raise a child here and  “eventually, yes, go back home”. Vergie Castillo, a 43-year old mother of four, said she came to Dubai 12 years ago for “opportunities for my  children”.  Vergie works in a hair-dressing saloon. On her days off, she does the housework in two apartments to earn more money. As a widow and sole provider for her children, she feels she doesn’t have the option to go back home. Once a year, in November, she goes to the Philippines. What keeps her going is that all four of her children have been provided for. She is waiting for her eldest, her son is 18, to start earning after college, and then she might quit one of her jobs here. The UN report said nearly two-thirds of all international migrants live in Europe and Asia, with Europe hosting 72 million and Asia 71 million in 2013. In what is no surprise, the United States came out as the host of the largest number, 45.8 million, and it gained the largest number of international migrants between 1990 and 2013 — nearly 23 million, which is equal to one million additional migrants per year. Russia was second with 11 million international migrants, followed by Germany with 9.8 million, Saudi Arabia with 9.1 million, the UAE and the UK with 7.8 million, France with 7.4 million, Canada with 7.3 million, and Australia and Spain with 6.5 million, it said. news@khaleejtimes.com Taylor Scott International