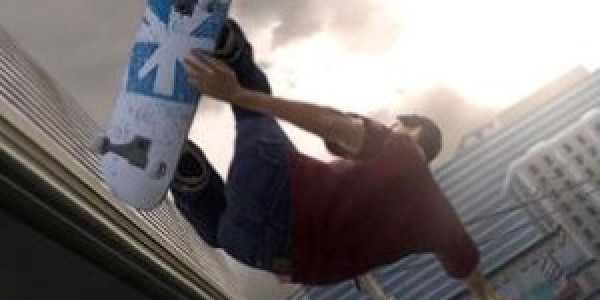 Legendary US skateboarder Tony Hawk has spent some time testing out one of the world's most impressive ramps, which just happens to be in the UAE.The 44-year-old extreme sports icon headed to Tashkeel, a skatepark shaped like an Arabic script, and he seemed to be happy with what he found.According to the National, Hawk could barely wait to test his skills on the challenging ramp and he was soon pulling a series of amazing trademark moves, including a backside kickflip.Brad Kirr of Tashkeel told the news provider he had seen an Instagram photo of Hawk at Dubai International Airport and he immediately invited him down to the skating facility.”He said 'I've seen footage [of the Tashkeel bowl and ramp] and it looks insane.' He wanted to skate it,” Mr Kirr remarked.”The dude is non-stop. His schedule is packed full of everything, every day of his life. I can't understand how he can have as much energy as he does and just rips into everything he does. He is a superhero.”Tony Hawk has been a household name since the late 1980s/early 1990s and he is perhaps best known for the extremely popular videogames that are based on his exploits. He has also appeared in a number of TV shows, such as CSI Miami, as well as movies like xXx and Jackass.Hawk – who has been skateboarding since he was just nine years old – also visited the excellent Ski Dubai during his trip to the UAE, where he was filmed “shredding rails”.He took to Twitter and Instagram to keep his followers up to date on his Gulf adventure and he clearly enjoyed his stay.The fact that one of the world's most recognisable extreme sports stars was so keen to visit Dubai is testament to the emirate's amazing facilities. It truly is an incredible place and there are few cities around the world that can match the glamour and excitement that Dubai has become famous for. Taylor Scott International