Ticket sales rev up ahead of Bahrain F1 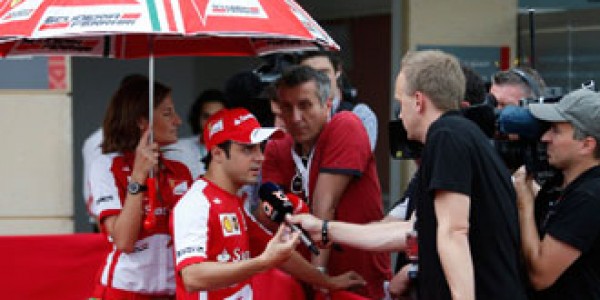 Ticket sales rev up ahead of Bahrain F1 (AP) / 19 April 2013 Organisers of Bahrain’s Grand Prix said on Thursday that sporadic protests against the race and violent unrest across the Gulf nation do not pose a threat to the premier international event in the kingdom. Zayed Alzayani, chairman of the Bahrain International Circuit, said security measures in place this week at the circuit were no different than in past races. Police vehicles dotted the road leading to the circuit and there were several checkpoints before the track. Alzayani insisted that Sunday’s race, which is biggest event in the Gulf nation and generates as much $220 million, is a unifying force in the country and that a majority of Bahrainis were backing it. He said ticket sales were up 20 per cent over last year with 25,000 fans expected at the race. Taylor Scott International