These Farms Could Grow Your Wealth 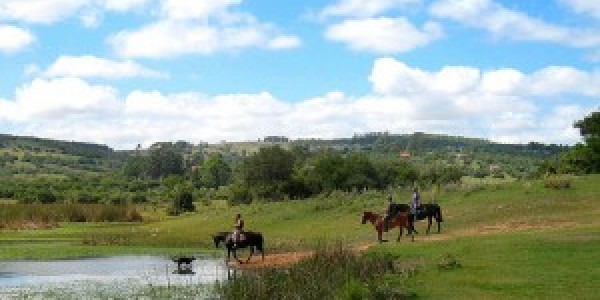 Posted on June 10, 2013 by Juan Federico Fischer Uruguay has some of the most fertile soil in the world. The case for owning farmland as a strategy to safely grow or preserve your nest egg has never been stronger. Increasing populations and wealth in emerging economies is the primary driver. As people in these economies become richer, they eat more food. Drought (or too much rain) has caused havoc with harvests in major producers like Canada, the Ukraine and parts of Brazil in recent years. The countries producing food are restricting trade, as they fear shortages. Looking to the medium term, we can expect food prices to continue to trend up. And the best place to find productive farmland is Uruguay . With consistent appreciation and an annual cash return Uruguayan farmland is a great store of value in turbulent times. Nestling between Argentina, Brazil and the Atlantic Uruguay is peaceful, stable and has over 2.6 million acres of farmland under cultivation. Lying unused are more than 4 million acres suitable for cultivation. The land is mostly flat—perfect for the machinery needed. And water isn’t a problem. Much of the country sits on the world’s largest aquifer and rainfall is even and year-round. It’s easy to find good land. The country is among the most fertile in the world. Uruguay has non-degraded soil producing two crops a year and healthy grass-fed cattle. The country supplies 5% of global beef exports; it’s the 6th largest producer of soya beans…and the 4th biggest exporter of rice. The case gets stronger when you hear how free you are to sell your crops wherever and whenever you find a willing buyer. There are no export tariffs, or production quotas or other restrictions like there are in other parts of the world. There are also no limitations on what you—as a foreign buyer— can buy…and you are treated as a local under the law. It’s probably the easiest place for the individual farmland investor. It’s a passive, turnkey investment. You don’t need to know anything about farming. You can lease out the land for a cash rental paid up front, or you can hire a local farm management company that reports on operations directly to you. They’ll give you a business plan. Once you agree on that with them they will implement it on your behalf. The cost of land ranges from $900 to $5,000 per acre. If you buy land and lease it to a farmer you can expect a yield of around 4%. Go with a management company and you can expect a higher yield, perhaps around 6% to 8%. Here’s a recent example of what’s on offer: A farm in the western part of Uruguay near the colonial town of Colonia. This is where you’ll find some of the best land in Uruguay. It’s 120 acres and the price is $485,000—$4,041 an acre. Then there’s the appreciation potential farmland offers you. Over the last eight years, farmland has appreciated at an annual rate of above 15%. You can expect the appreciation to continue, at about 10% yearly. Taylor Scott International