The Private Sector Could Help Tackle Climate Change. What A Pity It’s Left Out In The Cold 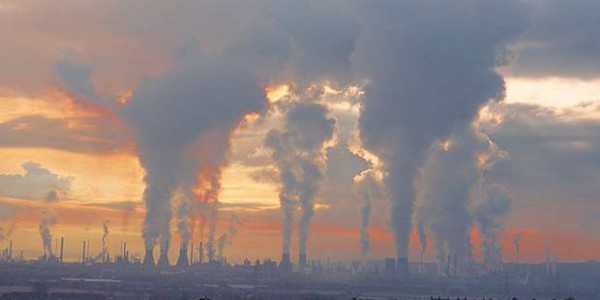 ASSAAD W RAZZOUK Tuesday 14 May 2013 The private sector could help tackle climate change. What a pity it’s left out in the cold A functioning carbon market is vital to reducing emissions. But ours is broken In a stark reminder of our failure to bring man-made greenhouse gases under control, scientists reported last week that the amount of carbon dioxide in the atmosphere surpassed a level we think we haven’t seen for 3 million years. A week earlier, I attended the latest round of climate talks in Bonn, Germany.  Some 200 nations were represented and continued to negotiate some form of a binding climate change agreement due in 2015, to cover the post-2020 period. The Bonn talks concluded on 3rd May and were true to style:  nothing happened. I wouldn’t put my money on anything substantive happening, on current trends, by 2015 either.  In a race to the bottom, nations seemed to compete on who could commit to less in terms of mitigation and adaptation, while the blame game continued unabated (“You caused the emissions”, “but yours are growing faster”, “ah yes but I am a developing nation”, etc.).   Everyone in Bonn knew that any forceful road map to limit, then reduce emissions will require a comprehensive application of taxes and subsidies; performance standards; bi-lateral investments; legislation; emissions trading; and international treaties.  Two of these instruments place a price on carbon, an essential component of any decisive action.  According to the Brookings Institution, a Washington D.C. think tank, “there is nearly universal agreement among economists that a price on carbon is a highly desirable step for reducing the risk of climatic disruption.” Yet negotiators preferred to bicker about the possible implementation of initiatives on a voluntary “bottom-up” basis versus agreeing binding “top-down” carbon caps for countries, while ignoring both the private sector and carbon pricing. This is irresponsible, for three reasons. First, public purses are stretched; no one (other than Norway) talked as if they had any money for tackling climate change.  The private sector on the other hand is flush with cash, with several stock markets at all-time highs and permissive liquidity policies worldwide.  Yet there were no private sector representatives to speak of in these meetings.  Instead, “pretend” stakeholder consultations took place at side meetings hijacked by two or three NGOs, some of which are anti-private sector in their DNA.   Second, there was no focus on improving what we have.  Indeed, left completely unspoken was the impact of the failure of the Clean Development Mechanism (CDM) on private sector appetite for cross-border climate finance.  For the past 10 years global carbon markets have been synonymous with the CDM, which enables emission reduction projects in developing nations to sell carbon securities to developed country polluters. Buyers use the carbon credits to offset their emissions while sellers receive new investments, technologies and jobs.  According to a recent report co-authored by the Center for American Progress and Climate Advisers, the CDM succeeded beyond expectations , unleashing more than $356 billion in green investments.  The CDM was on track to deliver $1 trillion in financing but is currently delivering none at all because the carbon price signal it is sending is zero:  negotiators in Bonn are negotiating agreements and frameworks, while sending – via their own CDM system – a signal that pollution has no cost. The private sector relied on developed world governments to create sustained demand for the carbon offsets generated from clean energy projects.  Governments did not deliver what they committed to and the CDM collapsed. While efforts to create a post-2015 mechanism are to be lauded, these will not bring about the needed private sector investment unless credibility is restored to the CDM and investors see a return on their already invested capital. Third, as the report argues, a carbon price catalyses climate action in developing countries with most of the world’s population:  China, South Korea, Mexico and Brazil are establishing domestic carbon markets in substantial part as a result of their positive experiences with the CDM. In addition, South Africa, India, Vietnam, Malaysia, Indonesia, Thailand and Chile have implemented renewable energy and energy-efficiency incentives, are designing emissions trading systems or are implementing carbon taxes. In addition to helping change how these nations think about climate policy, the CDM has helped these countries build the governance and private sector capacities needed to go after green initiatives.  As Professor Wei Zhihong, a climate policy expert at Tsinghua University told me: “China’s good practice and positive experience with global carbon markets have helped create the confidence to try carbon markets at home. CDM has given us confidence that well-crafted climate policies can be good for China.”  But a carbon price of close to zero (the price today) may fatally undermine this progress. If negotiators at UN climate change talks must insist on continuing to use such a flawed forum, they should at the very least significantly enhance dialogue with the private sector – as well as stand behind the international carbon markets they created. Taylor Scott International