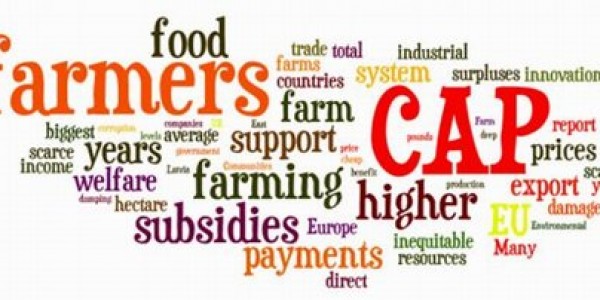 The European Union is among the world’s top five exporters of agricultural products with USA, Brazil, China and Argentina, and it is among the world’s top five importers of agricultural products with USA, China, Japan and Russia. Agriculture is one of the most important sectors of social and economic development within the EU. Over the years, the aims of EU agricultural policy have been to develop a competitive economy and create harmony among EU Countries. However, the result of this work has been a fragmented, contradictory, and unworkable legislative framework that threatens economic disaster. A review on the paradoxes of European agricultural policies will be published soon on the Journal Trends in Plant Science . In this review, the authors present case studies, in which the differences in the regulation applied to food grown in EU Countries and to the same imported products are noted. The highlighted differences show that the EU is hampering its own competitiveness in agriculture and consequently damaging both the EU and its humanitarian activities in the developing world. The review is especially focused on genetically engineered crops. It is not clear why the common agricultural policy (CAP) establishes restrictive measures for EU agricultural productions but the same measures are not observed for the same products imported from the countries where genetically modified organisms (GMOs) are authorized and thresholds of mycotoxines are lower. This is only one of the several paradoxes of the EU agricultural policy that, giving strict thresholds only to its own productions, is reducing the competitiveness of European agricultural on the world market. Another example of political inefficiency regards the subsidies policy that has a positive effect in short time but is not a significant tool to develop a competitive economy in the long term. The authors underline the need to implement the biotechnological findings, to harmonize and rationalize the common policy on both the EU production and genetically engineered crops importation, to harmonize the current measures of Member States and reduce the differences among them, to decentralize the rural economy measures and allow the farmers to use cost-saving technologies that can enhance the sustainability of the agricultural systems, etc. Finally, the authors conclude recommending the adoption of rational, science-based strategies to harmonize the different agricultural policies to prevent the economic decline and the reduction of living quality across the European Union. Source: Masip G., Sabalza M., Perez-Massot E., Banakar R., Cebrian D., Twyman R.M., Capell T., Albajes R., Christou P., ‘ Paradoxical EU agricultural policies on genetically engineered crops ’, Trends in Plant Science , 2013, in press. Publication date: 5/9/2013 Author: Emanuela Fontana Taylor Scott International