The Elbert Files: Now Is The Time To Sell Farmland 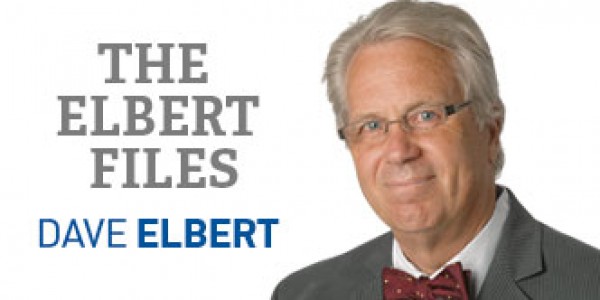 BY DAVE ELBERT , Columnist Friday, August 09, 2013 7:00 AM Iowa’s farm economy is at a tipping point. This won’t be a collapse, like the farm crisis of 30 years ago, when farmland lost 60 percent of its value and many farm families were put off their land. But there are growing signs that the farm economy has peaked. And if it has, the effects will be felt well beyond the farm gate. In recent years, record-high crop prices boosted Iowa’s per capita income growth to levels well above the national average, as well as state income tax collections. “Indeed, it is in the cards” that a decade of growth in farm income is coming to an end, said Neil Harl, Iowa’s premier agricultural expert. “These spikes never last forever,” Harl said last week. “Farmers are the world’s best economic citizens. Give them half an economic incentive, and they increase production every time and drive the price down, and destroy their own economic prosperity.” That is what is happening now. Corn and soybean prices reached record levels for the month of January, but they are now down significantly. Crop prices can, and do, fluctuate during the growing season. But the trend this year is abnormal. In recent years, crop prices have typically increased during the late spring and early summer months, based in part on early flooding and drought fears. Then in late summer and early fall, prices fell when government reports predicted larger-than-expected harvests due to advances in plant genetics, changing weather patterns and other factors. But this year, Iowa’s corn and soybean prices are bucking that trend. Corn prices are down 30 percent from January, while soybeans are down 15 percent. In the past 30 years, there have been only three other times – 1975, 1994 and 1999 – when both corn and soybeans posted double-digit price declines between January and July. In two cases, 1975 and 1994, year-end prices wound up being even lower than the July averages. Those earlier events occurred before significant genetic advances created drought-tolerant and fast-growing crops capable of making up the difference when planting is delayed by spring flooding. No one can predict with certainty what will happen this year, but at this point, it is unlikely that prices will recover to last year’s record levels. If corn and soybean prices remain where they are now, they would chop roughly $4 billion off the value of Iowa crops that sold for more than $20 billion last year. Indeed, current prices are more in line with 2010, which was also a good year for farm income, although not as good as the two years that followed. The problem today – and it’s not a bad problem to have – is that the bar of expectations has been repeatedly raised in recent years. Expectations are a big driver in farmland sales, pushing up land values by leaps and bounds not seen since the years that preceded the 1980s farm crisis. Harl and others say a 1980s-style crash is unlikely for a variety of reasons. But the question remains, have farmland values peaked? “We haven’t seen it yet,” said Steve Bruere, president of Clive-based Peoples Co., a major broker of farm sales. But he added, most farmland sales occur between September and March. “There is still so much money in checking accounts, and land values always lag going down,” Bruere said. Another factor, he said, is “interest rates have jumped about 1 percent.” “Eventually, the combination of lower prices and (higher) interest rates will affect land values,” Bruere said. If you own farmland and want to sell at the peak, now is probably a good time. Read more: http://www.businessr…6#ixzz2cPXNPHGh Taylor Scott International